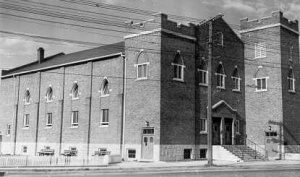 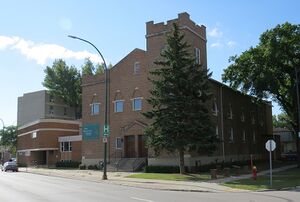 First Mennonite Church of Winnipeg can trace its beginnings to the itinerant ministry of Benjamin Ewert of the Bergthaler Mennonite Church, who paid regular visits to Mennonites in Winnipeg starting around 1917. In August 1921, Ewert moved to Winnipeg and arranged for monthly worship services in facilities rented from the Zion Reformed Church on Alexander Avenue at Ellen. By the mid-1920s, recent Mennonite immigrants from the Soviet Union outnumbered the earlier Mennonites in Winnipeg.

Mennonite girls worked as domestics in Winnipeg, prompting the establishment of a girls' home (Maedchenheim) in October 1926. The home was sponsored by the Home Mission of the General Conference, who assigned minister Gerhard A. Peters and his wife as house-parents. Gerhard Peters gave instruction to baptismal candidates, but it was assumed that they would be baptized by a bishop from their rural home. With more and more Russian Mennonite immigrants in Winnipeg, the Conference of Mennonites in Canada asked Ältester Johann P. Klassen, who lived in Starbuck, to provide communion and baptism services in Winnipeg. 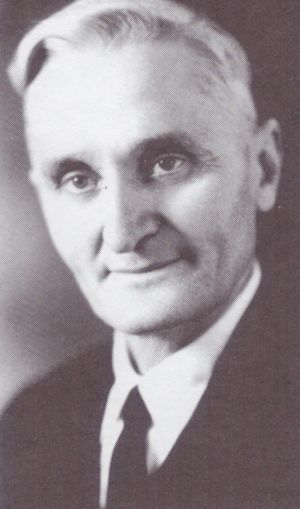 The First Mennonite Church of Winnipeg first met in and later purchased the Zion Reformed Church building on Alexander Avenue. They built their own church building on Notre Dame at Alverston in 1950. This building was further expanded in 1958 and 1983.

Music in the form of congregational and choir singing was seriously cultivated from the beginning. Much of the skill and interest in music can be attributed to early members such as Mennonite hymnologist, J. P. Claszen, violinist/conductor John Konrad, and later musicians such as conductors Ernest Enns, Henry Engbrecht, and Rudy Schellenberg. The congregation was involved with the establishment of Sunset House (1969), Arlington House (1974), and Autumn House (1979) for senior citizens. Sunset House is owned by the church. The congregation was also instrumental in founding the Concordia Hospital, the Mennonitische Religionschule von Winnipeg, the Bethania Personal Care Home, and Westgate Mennonite Collegiate.

Ens, Anna. In Search of Unity: Story of the Conference of Mennonites in Manitoba. Winnipeg: CMBC Publications, 1996.

First Mennonite Church of Winnipeg Leading Ministers and some Associates *