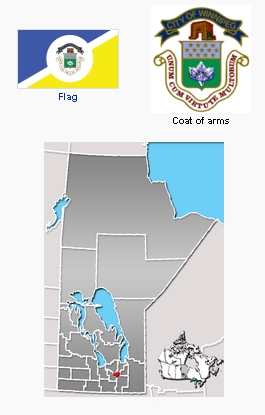 Mennonite church work in Winnipeg began in 1907 when the Winkler Mennonite Brethren Church began a mis­sion there. The second work was a General Conference Church mission begun in 1921. Other missions have been established by the older Manitoba groups in later years as fol­lows: Evangelical Mennonite Brethren in 1949, Chortitz in 1952, Evangelical (Kleine Gemeinde) in 1954, and the Church of God in Christ Mennonites (discontinued). The first three missions have developed into regular congregations for Mennonites, while the latter two serve as unor­ganized Mennonite fellowship groups; the missions have as a whole not won many non-Mennonites, and would have remained small had it not been for the immigration from Russia beginning in 1922. This latter movement was intended to go to the farming territory of southern Manitoba, but only a part of the immigrants have remained on the land. Large numbers, lacking capital, moved to the city to secure work. The later immigration after World War II (1948 ff.) went largely directly to the city. Of the present Winnipeg Mennonite population of over 7,000, at least 90 per cent is composed of immi­grants since 1922.

During the mid-1950s Mennonites also owned and operated many private business institutions, a few of which follow. The Konrad Conservatory of Music, operating under this name since 1950, employed 17 teachers and had about 300 students in instrumental and vocal music and music theory, of whom about 65 were Mennonites. C. A. DeFehr and Sons, Ltd. (est. 1925), with a branch of equal size in Edmonton, Alberta, was a wholesale distributor for larger appliances, small im­plements, heating units, and fuel, with about 2,000 dealers. Monarch Machinery Co., Ltd. (est. by J. J. Klassen in 1935) had a turnover of over $1,000,000, and engaged over 100 employees in the manufacture of pumps and farm equipment. John Martens & Co., Ltd. (est. in 1947), a wholesale sporting goods company, had 11 employees and a turnover of about $500,000. C. Huebert Lumber Co., Ltd., reached a peak turnover of about $900,000, but since 1952 the owner had gone over into the fiberboard manufac­turing business.