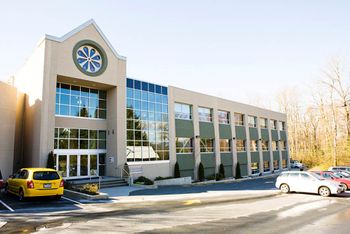 The first building was constructed in 1961 at a cost of $78,000, seating 450. A Christian education wing was added in 1972-73 and by 1975 the average attendance was 360. The congregation began a second service in 1976 to accommodate the increasing numbers. However, rapid growth continued throughout the 1970s and a new sanctuary was built in 1982. The congregation's first youth pastor was hired in 1972, and a Boy Scout ministry and Play School ministry were started in 1974.

The congregation planted an Indonesian Church in 2004 and the Westside Church in 2005, and a formal partnership with Church Planting BC was established in 2009.

The language of worship is English, but the congregation has been committed to reflecting the multi-ethnic reality of their community. In 2010 the International Language Ministries provided simultaneous translation of the services and fellowship times in Cantonese, Mandarin, French, Korean, Japanese, Russian, Romanian, Spanish, Farsi, and Arabic.

Todd, Douglas. "Rocking To A Moral Beat: Charismatic Leader, Plus a Cafeteria and Candy Shop Add Up to B.C.'s Biggest Protestant Church." Vancouver Sun (14 May 2011): A14.