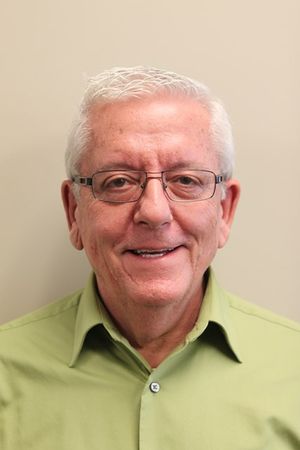 Carlin Weinhauer gave his life to Christ at a conference in 1957 and was baptized in July of the same year. After a year at Buffalo Bible Institute, he graduated from Briercrest Bible College in Caronport, Saskatchewan in 1962. During Weinhauer’s graduate studies in Religious Education at Columbia Bible College (now Columbia International University) in South Carolina, Carlin and Marcia pastored Mt. Olivet Baptist Church, where he was ordained in 1964. After Weinhauer graduated from Columbia in 1966, the couple moved to Montana where they had been invited to lead three rural churches with the American Sunday School Union.

In 1969, Weinhauer joined the staff at Briercrest Bible College where he served for fifteen years in various capacities as Professor of Biblical Studies and Pastoral Studies, Director of Public Ministries, and Vice President. During his time with Briercrest, Weinhauer pursued further studies in Pastoral Theology from the Chicago Graduate School of Theology (MA in 1971) and in Christian Education from Trinity Evangelical Divinity School in Chicago (MA in 1974). Later, in 1979, he received a PhD in Educational Administration from University of Alberta.

In 1983, the Weinhauer family travelled to West Germany, Switzerland, and Hungary with Word of Life Mission, which was the first of many such ministry trips.

In 1984 Weinhauer accepted a call to pastoral ministry from Willingdon Church in Burnaby, BC, where he spent the next twenty years in faithful service of the church and its mission locally, nationally and globally. Among his greatest accomplishments at Willingdon was the planting of a church in the Chechen Republic among Chechen people in 1997.

After retiring from Willingdon in 2004, Weinhauer joined MB Mission’s lead team, serving in mobilization and media. During his nine years with MB Mission, he led numerous teams to Thailand, Brazil, Burkina Faso, and India. Wherever God called him, Carlin Weinhauer served with joy and a deep love for God’s work among God’s people.

Carlin Weinhauer’s wife, Marcia, was his constant companion and cherished friend who accompanied him on many international trips. Anyone who knew the couple well was acutely aware of the love and admiration that they shared for one another.

In his tribute to Weinhauer at the Memorial Service at Willingdon Church on 2 May 2014, Randy Friesen, General Director of MB Mission, recalled many of his mentor’s one-liners for which he was well known. Friesen quoted one of his favorites: "Let’s keep big things big and little things little." Friesen then commented, “For Carlin, things like the Gospel, the Scriptures, family, and prayer were big things. Every day, he reminded us of the importance of living and sharing these commitments.”