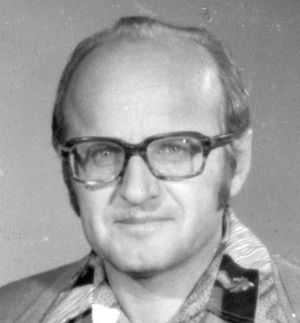 Peter grew up in the La Glace area of Alberta, and moved with his family to Chilliwack when he was a teenager. Peter was baptized on 8 September 1947 in the Chilliwack Mennonite Brethren Church.

Peter was a gifted student, completing his BA at the University of BC in 1954, his BD at the Mennonite Brethren Biblical Seminary in 1964 and, later, his PhD in Sociology at McMaster University, Ontario, in 1980, where he focused on the study of religion and culture, specifically Hinduism and the sociology of religion.

After Peter’s two-year stint as teacher at Eden Christian College in Ontario, Peter and Betty became Mennonite Brethren missionaries in India. From 1966 to 1968 Peter was principal of the Mennonite Brethren Centenary Bible College in Shamshabad, during which time his wife Betty, a trained nurse, conducted health and nutrition programs for village women.

Following a decade working in India, Peter accepted an invitation to teach mission courses at the Mennonite Brethren Bible College in Winnipeg, Manitoba. In 1980, with his studies completed, he joined the administrative staff of Mennonite Brethren Missions and Services, and served as secretary for Africa, Asia and Europe, working in this position until 1989.

In addition to producing a large volume of mission correspondence, teaching notes, sermons, study papers and photographs, Peter authored two books. In 1987 he completed a denominational study, Continuity and Change Among Canadian Mennonite Brethren (Waterloo, ON: Wilfrid Laurier University Press). In retirement, Peter spent time thinking about his own passage, which in 1993 resulted in a self-published autobiography, Reflections on My Journey.

Peter Hamm was an enthusiastic, dedicated churchman, serving as teacher, missiologist, administrator, and author. Seamlessly he learned how to combine a seasoned missiology with practical wisdom. His extensive personal papers are located at the Centre for MB Studies in Winnipeg, Manitoba.