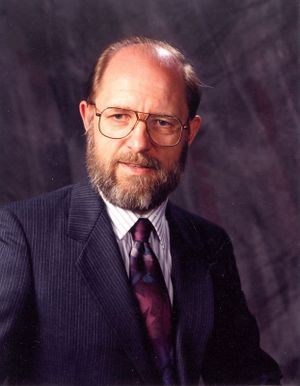 As a scholar Guenther was involved in research and publication. His signature publication was a commentary on Hosea and Amos in the Believers Church Bible Commentary (BCBC) series (1998). For eight years, beginning in 1981, he was editor of Direction, an academic periodical published by North American Mennonite Brethren schools, to which he also contributed articles. Guenther contributed essays to other journals such as Tyndale Bulletin, Bulletin of Biblical Research, Conrad Grebel Review, and Journal for the Study of the Old Testament.

Guenther’s lectures, given with energy, passion and enthusiasm, were marked by clarity and creativity. He encouraged students to be judicious in forming their conclusions. He emphasized good process, and was skilled in navigating small group process. He was highly regarded, not only for his intellectual acumen and teaching skill but also for the personal interest he took in students with whom he would meet one-on-one in his office. After some reprieve from his disease due to deep brain stimulation in 2004, he was able to teach an occasional course, carry out directed studies, and mentor students.

As a churchman Allen was committed to the local congregation wherever his family settled. He pastored Lethbridge Mission Church (now Lakeview Bible Church), a new congregation in Lethbridge, Alberta from 1963 to 1965, and Toronto Mennonite Brethren Church (later Yorkdale Community Church) in Toronto, Ontario (1971-1974). He was ordained to the ministry by the River East Mennonite Brethren Church in Winnipeg. Allen once co-led a group of college students on a tour of the Holy Land, Egypt and Greece. In 1980 he conducted a three-week Bible course in the Tulpengasse congregation in Vienna, Austria, where his wife, a professional librarian and always supportive, joined him. A third international ministry trip took him to Kiev, Ukraine.

Allen was active for years in Fresno’s local reconciliation program (VORP). He was founder and president for ten years of Valley Parkinson’s Support Group which provided ample opportunity for him tactfully to witness to the strength available from God in such circumstances. Students as well as group members were inspired to see him deal with his disability. He often said, "When God hands you a lemon, make lemonade." As a hobby, he found pleasure in wood working, turning discarded pieces into beautiful bowls, pots or stools.