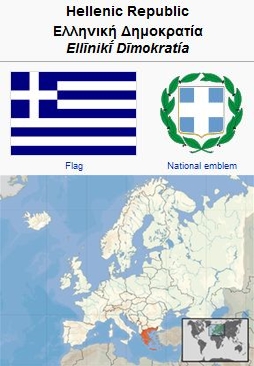 The Greek Orthodox Church invited Mennonite Central Committee (MCC) to help rebuild following the devastation of World War II and the guerrilla war which followed. Pax volunteers arrived in the village of Panayitsa, near the Yugoslav border, in 1952. Their objectives were to bring the land back into production through an extension program and the establishment of a dairy cooperative.

In 1954 the project was expanded to the neighboring village of Tsakones, Olympia. By 1956 MCC had 13 Pax men in Greece at three project sites.

International interest in the postwar needs of Greece, especially after a serious earthquake in 1955, remained strong. In 1959, with the encouragement of the local Orthodox Church, a demonstration farm called Protypon Agroktima Almopias was established in the Aridea Valley. It became a government Ministry of Agriculture research substation in 1967. MCC involvement in the Greek mainland came to a close several years later.

Greek Orthodox Bishop Ireneos learned of the work done in Macedonia and invited MCC to open a program on the island of Crete. The bishop was concerned about the economic and spiritual hardship of the people, which was resulting in their migration to industrial Europe. MCC assisted in a vocational school in Kastelli and shipped in relief supplies in 1961.

In 1965 the Agricultural Development Center (ADC) was established in Kolymbari, Chania County, a cooperative effort between MCC and the bishop. Pax men, supplemented by several work camps, constructed the essential buildings. The main objectives of ADC were to provide food for orthodox youth hostels, and a demonstration and training center for local farmers, working with local rather than imported technology. The project focus was swine, dairy, poultry, and vegetable production, with a secondary focus on sheep and honey bees. ADC became a major supplier of animal feed in western Crete.

Greece's military government was, at points, a source of tension. Its antireligious stance made program adjustments necessary, including the closing of a children's Bible class which had been begun by MCC workers in 1966.

The relationship went beyond projects and included also Mennonite and Orthodox dialogue. This took place in informal, day-to-day settings as well as at official levels. An MCC couple spent three years in Orthodox academic institutions developing these relationships. Many years later leaders of the Orthodox Church still welcomed dialogue with Mennonites. The last MCC workers left Crete in 1977. Ten years later ADC still functioned under Greek direction. It was estimated in 1977 that the ADC's influence had helped 90 percent of the local farmers. The Crete government adopted many of the ADC techniques. The Mennonite efforts in Crete helped to strengthen the bonds between the Christian brothers and sisters in Crete and around the world.