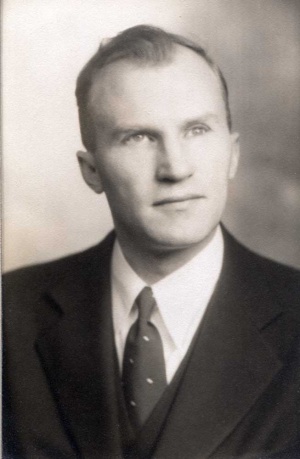 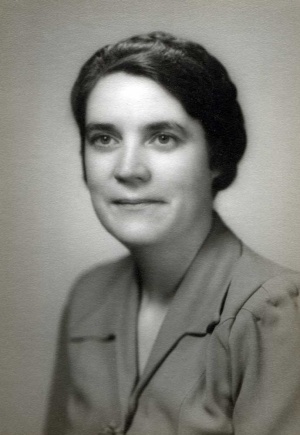 A baptized member of the Bethany Mennonite Brethren in Christ (later Evangelical Missionary) congregation in Kitchener, J. Harold Sherk studied from 1921-1924 at the Chicago Evangelistic Institute. Upon his graduation, he entered the ministry of the Ontario Conference of the Mennonite Brethren in Christ Church. It was at the Chicago Evangelistic Institute that he met Mila Senor.

With Mennonite Brethren in Christ polity that required pastors to change charges every three to five years, the family moved frequently. (A "charge" might include multiple preaching locations in a geographic area.) J. Harold Sherk`s ministry included numerous Ontario Mennonite Brethren in Christ charges: Markham (1924-25), Shrigley (1925-1926), Maryboro (1926-28), Elmwood (1928-31), Sunnidale (Ebenezer; 1931-36), Stayner (1936-40), Aylmer (1940-41) and Markham (1942-1943). The assignments began and ended in October, at the time of the annual conference meeting when pastoral assignments were made. He was ordained on 22 September 1929. During these years, J. Harold Sherk also served as secretary of the Mennonite Brethren in Christ Ontario Conference and Foreign Mission Board.

During World War II and after, J. Harold Sherk also served extensively in inter-Mennonite peace work. Secretary of Ontario's Conference of Historic Peace Churches from 1940-44, he was called in 1941-42 as resident chaplain to the Montreal River Alternative Service camp. The family lived in Stouffville during that year where he taught in the three-month teaching program at the new Emmanuel Bible College. He was part of the College from its inception in January 1940. In 1944, J. Harold Sherk Sr. and his family moved with the college to Kitchener, Ontario, where he continued to teach while filling the roles of registrar and treasurer at the college.

Late in the war, J. Harold Sherk also responded affirmatively to Mennonite Central Committee's call  to do relief work in India. This meant leaving his family for two years as a June 1944 letter to Orie Miller attests: "My wife and I … agree fully with your desire that the Will of God be done in this matter," Harold wrote. "We do not enjoy the prospect of a separation of years, but we feel that God`s hand is in this matter and we hope to see clearly the parth (sic) that we should take."

His varied service augmented by the stint overseas prepared J. Harold Sherk for further inter-Mennonite and ecumenical peace work. October 1949 brought him and Mila to Akron, Pennsylvania where he would serve until 1958 as Executive Secretary of MCC`s Peace Section. In 1958 responsibility as director of the National Service Bureau for Religious Objectors (NSBRO) took the couple to Hyattsville, Maryland until retirement in 1969.

Described by their son J. Harold Sherk Jr. as "Mennonite Methodists," regular family worship undergirded a home affected by the many changes and challenges brought by J. Harold and Mila's joint commitment to his ministry. At home, J. Harold Sr. and Mila Sherk took turns reading the Bible and leading in prayer; led by Mila`s soprano voice, the family also sang together. During their time in Markham, in addition to pastoral and teaching duties, the family cleaned the church to save money for a piano.

Although J. Harold Sherk Sr. was away from home often, family life was both loving and disciplined. Daughter Iva Taves has recalled as a young teen accompanying her father to services morning, afternoon and evening on his three point charge in Sunnidale that expanded to include a fourth. J. Harold Sherk's commitment to the "small, but faithful group" at nearby Wasaga beach that gathered in the schoolroom located on the 2nd floor of Aberhart's Store was demonstrated on at least one occasion by his braving a blizzard, walking on a road not fit for travel under the protection of an army blanket wrapped around his great coat.

With the unflagging support of his wife Mila and their family, J. Harold Sherk faithfully lived out his calling as minister and educator, always demonstrating a deep commitment to maintaining a peace witness. A "Mennonite Methodist," his influence was felt by his family, the Ontario Mennonite Brethren in Christ (Evangelical Missionary) constituency, and internationally in inter-Mennonite and ecumenical circles. The J. H. Sherk Education Centre at Emmanuel Bible College in Kitchener, Ontario was named in his honor, with a summary of his career mounted on the entrance walls.