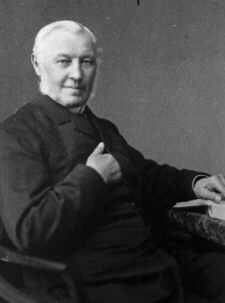 Because the Mennonites of Prussia were gradually yielding their principle of nonresistance he and his family immigrated to Canada in 1893. After a stop at Gretna, Manitoba they settled at Tiefengrund, Saskatchewan in 1894, where he organized a new Rosenort Mennonite Church and became the founding elder. Other Mennonites from Prussia followed him, including his wife’s parents, and more congregations were organized as subsidiaries of the Rosenort Church. He served as elder until his retirement in 1922.