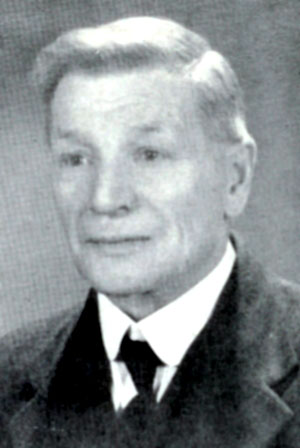 Johannes' father Peter was an estate holder and became the elder of the Rosenorter Mennoniten Gemeinde in 1888.  At the age of twelve his family immigrated to Canada, settling in Gretna, Manitoba.  Here he attended the German Fortbildungsschule with H. H. Ewert for two years.  In 1894 his family moved to Tiefengrund, Saskatchewan where his father Peter became the founding elder of the Rosenort Mennonite Church.

The church recognized Johannes' potential for ministry and he was ordained on 22 January 1906. He served the congregation in Tiefengrund as well as in other congregations nearby, and was leader of the Tiefengrund congregation from 1911 until 1945.  On 16 June 1927 he was ordained as elder for the Tiefengrund and Laird areas.  He later assumed responsibility for the congregations in Capasin, Garthland and Horse Lake.  He was called to serve with the Home Mission Board of the General Conference Mennonite Church, expanding his ministry to fifteen widely scattered churches.

Visiting these churches, which totaled 350 families, took much time and dedication, particularly in winter when Johannes traveled by horse and sleigh.  He organized new churches, ordained ministers, and started Sunday schools in many communities.

When Erna's health began to fail, the family moved from Tiefengrund, Saskatchewan to the Coghlan, BC area in 1946.  Regier was installed as leading minister of Coghlan (now Bethel) Mennonite Church on 29 June 1947.  He faithfully served the church and made many house calls by foot because he had no vehicle. He remained leader until 1955 when he was replaced by N. N. Friesen.

Johannes often quoted the following verse from the pulpit: "I have a Saviour, who from cradle to grave, to the throne where He is honoured, belongs to me, a sinner."