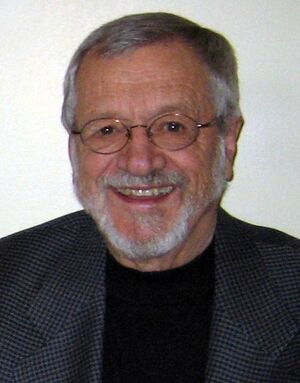 In 1939, Abe’s parents moved to Newton Siding, Manitoba, and in 1946 to a dairy farm in Matsqui, British Columbia. Abe was baptized in 1949 and became a member of the Matsqui Mennonite Brethren Church.

After graduating from Mennonite Educational Institute in Clearbrook, BC, Abe obtained his teaching certificate from Vancouver Normal School in 1954. He first taught in an Indigenous community on the Nass River in northern BC. He then earned a BA degree from the University of British Columbia in 1958. In 1961 Abe was appointed superintendent of schools in Williams Lake, BC. During this time, Abe continued his studies and earned a Master of Education degree from the University of Alberta in 1962. That year, the Konrads moved to Fort Worth, Texas, where Abe earned a Master of Religious Education degree at Southwest Baptist Theological Seminary in 1964. Further studies took the Konrads to Stanford University in Palo Alto, California where Abe earned a PhD in Educational Administration in 1966.

Abe’s contributions in higher education, including teaching, scholarship, and leadership, were extensive. After graduating from Stanford University, Abe accepted an appointment as academic dean at Tabor College, Hillsboro, Kansas, where he served from 1966 to 1971. The Konrads then moved to Edmonton, Alberta, where Abe was appointed Assistant Professor in Educational Administration at the University of Alberta. He rose through the academic ranks and became professor and coordinator of the post-secondary program in 1976. He also served as chairperson.

Abe Konrad was an active churchman, serving in the Lendrum Mennonite Brethren (MB) Church in numerous capacities. In addition to serving as church moderator, he filled the pastoral role as leader in 1972 and again in 1979. Abe also served as Alberta MB conference minister. Nationally, Abe served first as assistant moderator, 1987-1991, and then as moderator 1991-1996, of the Canadian MB Conference. He also served on numerous higher education boards and at various times served as board chair for Mennonite Brethren Biblical Seminary, Mennonite Brethren Bible College, and Prairie Bible Institute in Three Hills, Alberta. Abe served in building up theological schools in Paraguay, a country he twice visited. Abe also visited Thailand twice and China three times, working with public officials in developing post-secondary institutions.

Academically Konrad authored or co-authored 74 major papers and reports, most of them published in major periodicals. Throughout his academic career, Abe was awarded a total of 37 research grants, many of them involving projects carried out for academic institutions or government agencies. Abe is remembered as a first-rate scholar, an excellent teacher, a successful administrator, a strong board member and board chair, a strong church and conference leader, and a Christian gentleman who strove to excel in all he did in service to God and to others. For him, any Christian learning situation was meant to be not only informational but transformational.