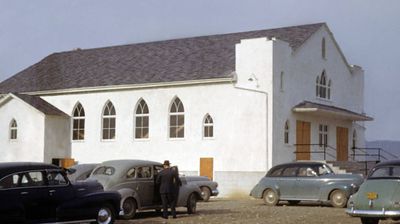 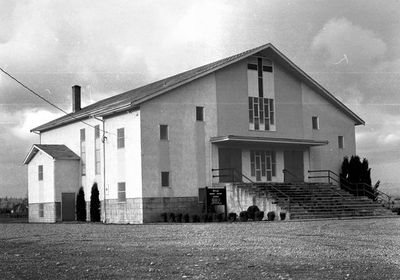 Matsqui Mennonite Brethren Church was founded in 1945 at Matsqui village and the members first met in a converted farmhouse. Abram D. Rempel is considered to be the founding leader of this group that numbered 71 members at the outset. The congregation originated through division from South Abbotsford Mennonite Brethren due to the distance of some members from the church. At first the church met in a home but construction soon began on a sanctuary. A ground breaking ceremony was held on 8 May 1947. However, before construction was completed, the building was damaged by the 1948 flood. During this time the congregation met at the Abbotsford airport. The sanctuary was completed in 1950 and dedicated on 12 March 1950. In January 1959 the church burned and a new church was built and completed in 1960.