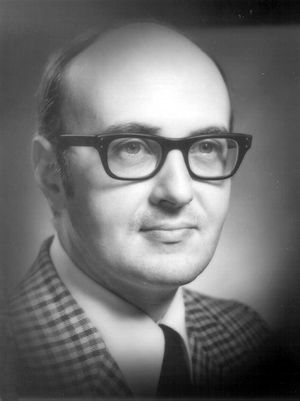 Doug began his ministry in the Mennonite Church in his early 20s when he became the assistant to Bishop J. B. Martin at the Erb Street Mennonite Church. This role set the tone for Doug’s lifelong commitment to bi-vocational ministry. Doug questioned whether the professional model of church leadership was sustainable for the long term in the Mennonite Church. Such was his commitment that he volunteered his time during his decades of pastoral ministry, serving at Elmira Mennonite (interim pastor 1980-1981), Erb Street Mennonite (pastoral assistant 1963-1964, lay pastor 1982-1996, pastor 1996-2000) and St. Agatha Mennonite (2001-2016). He did not accept a salary. Doug also taught at Ontario Mennonite Bible Institute (1967-1969).

Doug Snyder was a successful businessman, managing his brother’s Peter Etril Snyder Art Gallery and Doug’s related Snyder Art businesses. This success allowed him to donate his time and commit to his passion of bi-vocational ministry. He mentored many young people who later served in church leadership.

Doug lived for 50 years at 19 Willow Street, affectionately called “Willow Cottage” in the downtown core of Waterloo. He loved being able to walk to the city core, meeting over coffee to discuss issues facing the church, community and the world from Waterloo, rather than traveling to other parts of the world. Doug always had time for meeting friends and church members, listening to their concerns and helping them experience God’s presence. Every Saturday morning he met his brothers at a nearby coffee shop, later joined by his grandsons when they became teenagers. Doug was committed to his children and grandchildren, a commitment that continued with his second marriage.

Doug saw time as a gift from God. His stewardship of that time made him willing to volunteer where his gifts could make a difference. He seldom said no when asked to serve. The Mennonite Church has been enriched by Doug’s lifelong passion to bi-vocational ministry.

Marr, Lucille. The transforming power of a century: Mennonite Central Committee and its evolution in Ontario. Kitchener, Ont.: Pandora Press, 2003.