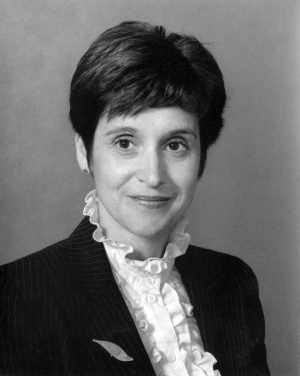 Doreen began teaching Sunday School at Steinmann Amish Mennonite Church at the age of 16. This experience encouraged her natural ability (and later professional training) as a teacher. She attended Rockway Mennonite School where she met her future husband, Doug Snyder. She also attended Stratford Teacher’s College in Stratford, Ontario; after graduation she taught for three years at St. James School, west of New Hamburg.

After their marriage, Doreen and Doug Snyder together taught First Nations children with the Department of Indian Affairs at Moose Factory at the mouth of the Moose River on James Bay in Northern Ontario. Her organizational skills were also used in the formation of the Valleyview Mennonite Church day nursery in London Ontario in 1966-67.

Doreen was a supportive and active wife. She was a joyful hostess, providing many meals and accommodation for Mennonite Central Committee (MCC) staff and guests in her home in Waterloo, following her husband’s appointment as executive director for Mennonite Central Committee Ontario from 1967-1975. She taught private art lessons in her home and later in a gallery in Waterloo until the Snyder family moved to Akron, Pennsylvania for further MCC service. Doreen began writing Vacation Church School curriculum for Herald Press and continued to write in other areas of specialized material for children including a series of "art appreciation" materials.

She developed a lung disease which ultimately led to a single lung transplant in 1989 in London University Hospital. Doreen lived eight years following the transplant. During those years she used her limited energy to speak to groups about her experience and to walk with individuals who needed transplants. Three years after her transplant, she pursued accreditation for art therapy at the University Of Western Ontario in London. She had very limited time to practice art therapy before her death.