From GAMEO
(Redirected from Snider, Marie Gingerich (1927-2016))
Jump to navigation Jump to search 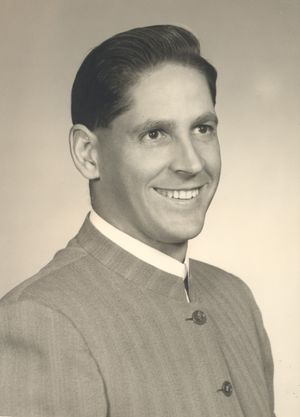 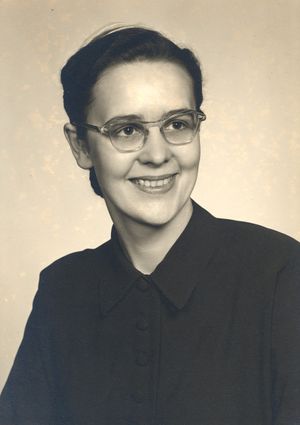 Howard Snider grew up on a family farm that was a substation in the experimental farm system of the Canadian Department of Agriculture. It was located a kilometer from Waterloo School on one side and a kilometer from Sharon Mennonite Church on the other. Religion and education have been dominant themes throughout Howard's life.

Howard graduated from high school at the Rosthern Academy in 1942. During World War II Howard performed alternative service in northern Saskatchewan and in Moose Jaw, Saskatchewan. He studied briefly at Canadian Bible Institute in Regina. After several years of working on farms in Alberta and Saskatchewan, Howard attended Eastern Mennonite College in 1948-1949.

Marie Gingerich was born in New Bremen, New York, USA. She had one younger brother, James. At the age of four, she entered first grade in a one-room schoolhouse next door to the family farm on Route 12 in Lewis County. After graduating from Lowville Free Academy at the age of 14, Marie attended Eastern Mennonite and Goshen colleges. She earned a BA at Goshen College in 1949. She taught for several years at a one-room school in Lowville and at Rockway Mennonite School in Kitchener, Ontario. Returning to Goshen Biblical Seminary to earn a Master of Religious Education, she met Howard Snider.

Returning to Saskatchewan after attending Eastern Mennonite College, Howard Snider purchased a farm and was ordained as a minister in the Sharon Mennonite Church in 1950. In the fall of 1953 he went to Goshen College to complete college and to attend seminary. It was here that he met Marie Gingerich. The next year after marriage Howard and Marie took a break from seminary to write adult Sunday School curriculum at the Mennonite Publishing House, Scottdale, Pennsylvania.

In 1957, both Howard and Marie graduated from Goshen Biblical Seminary followed by a move to Edmonton, Alberta. There Howard became pastor of the new Holyrood Mennonite Church. Prior to moving to Edmonton, Howard helped design the church building and included an apartment for the pastor's family.

While in Edmonton, Howard followed his second dream and prepared for university-level teaching. He earned a MA in Sociology from the University of Alberta in 1966. Howard, Marie and family then moved to North Newton, Kansas. Howard taught at Bethel College from 1966 to 1992, and continued to teach courses until 2000. Once at Bethel he earned a PhD in Sociology from the University of Kansas in 1975; his dissertation was titled "The private four year college and its faculty."

Throughout the Bethel years, Howard's life consisted of more than academics. He helped design and develop the Sni-Del addition in North Newton (Regal Crescent area). He traveled widely, including multiple trips across the United States and Canada, as well as study trips to South and Central America and the Caribbean.

During these years Marie Snider worked at Prairie View Mental Health Center, where she was serving as director of communications when she retired in 1991. In 1980 she earned a MS in Journalism and Mass Communications from Kansas State University. Her dissertation was "Sex roles in the comic strips: a historical perspective--1896-1979." After retirement she wrote a syndicated newspaper column, "This side of 60" for 24 years. At its height the column appeared in over 70 newspapers.

Howard and Marie Snider were very social persons. They had many friends with whom they square danced and played mah jongg, bridge, pinochle and rook. Bethel College Mennonite Church was always important in their lives. Both authored books after retirement. They are remembered for the many contributions they made to their church and community.

Books by Howard and Marie Snider

Snider, Marie. This Side of 60: a collection of columns designed to invigorate, motivate and empower you to live the years on both sides of 60 to the fullest! CreateSpace Independent Publishing Platform, 2016.