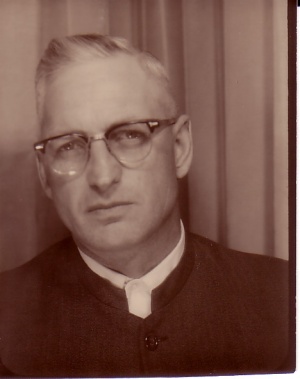 Stanley Shantz received Christ as his savior at an evangelistic service in the summer of 1928 and was baptized and received into the fellowship of the Sharon Mennonite Church at Guernsey, Saskatchewan, in September of 1928. He was active in the congregation as chorister and Sunday School Superintendent. In 1937 he spent three months at the Ontario Mennonite Bible School, and the 1940 and 1941 winter terms at the Regina Bible Institute. After his marriage in 1945 the couple took up residence on their own farm. It was here that their children were born. On 13 June 1943 the Sharon Mennonite Church at Guernsey ordained Stanley Shantz as a minister in the congregation. He was ordained as bishop on 1 July 1952.

Stanley Shantz had a keen interest in missions, serving as president of the Alberta-Saskatchewan Mennonite Conference's Mission Board for a number of years. He proved his interest in missions in a practical way when, while still farming in the Guernsey area, he and his family spent two winters at Calling Lake, Alberta. That service brought him into very close contact with Ike and Millie Glick and with other members of the Edmonton Mennonite Fellowship (later renamed the Holyrood Mennonite Church). He accepted a call to serve as the pastor at Holyrood in 1962, remaining there until 1971. The parsonage became a convenient stopping off and resting place for many missions and voluntary service workers in northern Alberta, with Fern serving as the quiet and gracious hostess for the many visitors.

Obituary Notice for Stanley Shantz in the Gospel Herald.