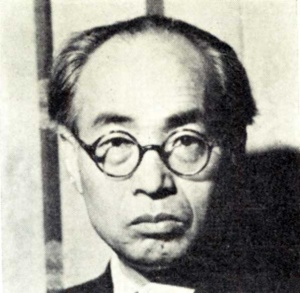 Gan Sakakibara was a leading Japanese Anabaptist historian and socio-economist. He wrote six books on Anabaptism and translated five from English. His collection of 5,000 books and magazines, which included part of Robert Friedmann's library, was donated to the Friedmann-Sakakibara Library (established in 1981), a branch of the Japan Anabaptist Center, Tokyo. For his 25-year effort at introduction and reevaluation of Anabaptism in Japan, he was given an award by the Christian Culture Association in 1982.

Gan was born into an ardent Buddhist family on 17 November 1898 near Nagoya City. In 1918, while a student at Kobe Higher School of Commerce, he was baptized in a Presbyterian Church in Kobe. In 1927 he married Chiyo Mano (1898- 28 April 1987), a Christian woman, then a reporter for Fujin no Tomo (The Friend of Women), a monthly magazine for intellectual women. Gan and Chiyo became parents of four children.

After graduation from Tokyo Commercial College in 1924, Gan became a professor at Fukushima Higher School of Commerce, run by the government. In 1930 he joined the Social Christianity Movement. In Rejection of Introspective Christianity (1931, a pamphlet in Japanese written under the pseudonym Itsushi Fukuda), he insisted that faith should include deeds in the true Christian life. He was an Anabaptist at heart.

In the summer of 1932, he studied under Georg Wünsch at Marburg University in Germany. His Christian Socio-Economic Ethics (English equiv.), which won first prize in a Christian Thought Essay Contest, was published the same year. Nine years later the book was barred from circulation because of its liberal tendency. The trends of the time did not allow him to stay in a government school, so he resigned from Fukushima School in 1939. He was without a job during the war years. His friends and former students helped his family. Most of his time was used in preparation of A Study of British Classical Economics (English equivalent), eventually published in 1961.

In the first election of the House of Councilors, April 1947, Chiyo Sakakibara was a candidate of the Japan Socialist Party and won a seat. She served as the Parliamentary Vice-Minister of Justice in 1948. She also served as a board member and administrator of Ferris Women's College and on the alumni board of Aoyama University. She was a member of the founding committee of the International Christian University and served as an honorary member of the board of that school until her death. Meanwhile, Gan became a professor in the Economic Department of Aoyama Gakuin University in 1949, and taught history of socio-economic thought until 1967, when he was made a professor emeritus. 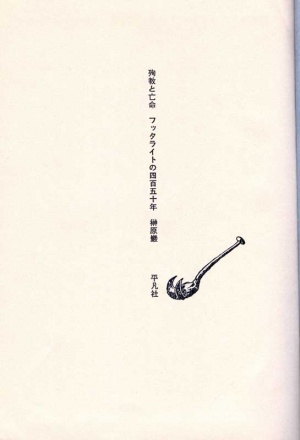 Title page of Martyrdom and Exodus: 450 Years of Hutterites, 1967

After attending a World Council of Churches conference in Greece in 1959, as a delegate of the United Church of Christ in Japan, he and his wife made a six-month trip in Europe and the United States. Knowing his interest in intentional communities, Paul Peachey, then a Mennonite Central Committee representative in Japan, introduced Gan to the Hutterian Society of Brothers in New York and Koinonia Farms in Georgia. There he learned for the first time that intentional communities, which he thought had died out in the 19th century, still existed, that there were actually Christians who practiced their faith in a communal way of life. He also visited Reba Place in Chicago and a Hutterite community in South Dakota. Here at last he found the contact point between his academic interest and belief in a practical Christianity. The encounter with those communal groups led him to his second conversion—into Anabaptism.

Upon his return to Japan, he energetically began writing essays on Anabaptism in the Aoyama Keizai Ronshu (Aoyama Economics Review). The first book in the Sakakibara Anabaptist Thought Series appeared in 1967. An autobiography was underway. He (as well as his wife until her death) was a member of the Honancho Mennonite Church in Tokyo. After his wife's death, Gan Sakakibara moved to Corvallis, Oregon to be near his daughter. He died 30 November 1994 at her home.

English equivalent titles of book written by Sakakibara Gan are:

A Study of Present Day Christian Community of Goods. 1967.

Friedmann, Robert. The Theology of Anabaptism. 1975.