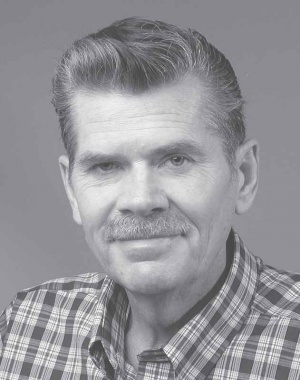 Delbert F. Plett, QC: historian, land developer and lawyer; born 6 March 1948 in Steinbach, Manitoba, Canada to Jacob R. and Gertrude (Friesen) Plett. He was the fourth child in a family of three sons and two daughters. In 1975 Delbert married Doreen Thomson of Winnipeg; they had no offspring and were divorced in 1998. Delbert died 4 November 2004 in Steinbach.

Delbert was baptized on 7 June 1964 in the Ridgewood Evangelical Mennonite Church and in 1985 joined the Steinbach Mennonite Church. He graduated from the University of Manitoba with a law degree in 1972. Plett started his own law firm and in 1975 joined with Ernest R. Goossen to form Plett, Goossen & Associates. He was named Queen’s Counsel in 1992.  Plett continued in his law practice with various associates until the year of his death.

Plett’s poured his extraordinary energy into the study of Mennonite history. From 1981 to 2003 he wrote and compiled 14 books, including seven on his beloved Kleine Gemeinde, which he thought had been neglected and treated unfairly by mainstream Mennonite historians. Plett published letters, memoirs, sermons, and family histories until the Kleine Gemeinde actually became the best-documented Russian Mennonite group. He then undertook to do the same with other under-represented groups: Old Colony, Chortitzer, Sommerfelder, Reinlaender, and Hutterites. Plett edited and contributed extensively to Preservings magazine, which found a large, international readership.  He founded the Hanover-Steinbach Historical Society (later Flemish Mennonite Historical Society) in 1988, served on a variety of committees and boards, and organized five heritage tours to Europe and Russia. Plett was given the 2004 Award of Excellence by the Mennonite Historical Society of Canada.

Plett believed that his mission was to give voice to the voiceless conservative Mennonite community, those who had immigrated to Manitoba in the 1870s and their descendants. In his enthusiasm he often stirred up controversy with his strident attacks on pietism and evangelicalism, which he saw as corrupting influences on the purity of the simple, humble faith of the communitarian Mennonites.

Plett's success in business permitted him to leave a sizeable estate, the bulk of which went to the D. F. Plett Historical Research Foundation to foster research and writing about the traditional and conservative Russian Mennonites. The Foundation houses his extensive data collection at the University of Winnipeg.