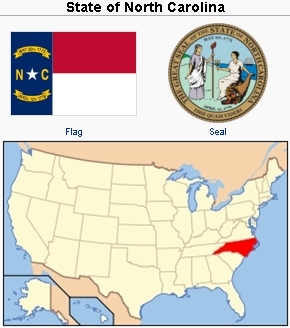 Traces of resident Mennonites in North Carolina might be seen in the following facts. In 1778 the Colonial Assembly of North Carolina adopted a resolution stating "that all Quakers, Moravians, Dunkards and Mennonists . . . shall be admitted to the rights of citizens." Again in 1779 a resolution was adopted that the same categories of persons be exempted from the draft. There are other references to "Mennonists," all noted in Records of the Moravians in North Carolina III (Raleigh, NC, 1926). Further the Herald of Truth for May 1866 reports a conversation with a soldier who knew of a Mennonite congregation in the state. J. F. Funk reported that John S. Coffman was once sent to visit the supposed Mennonite congregation in North Carolina about 1880. According to Funk's oral report to the writer in 1926, Coffman found the group very much disorganized and not recognizable as Mennonites. -- Harold S. Bender

Wittlinger, Carlton O. Quest for Piety and Obedience: The Story of the Brethren in Christ. Nappanee, IN: Evangel Press, 1978: 146.