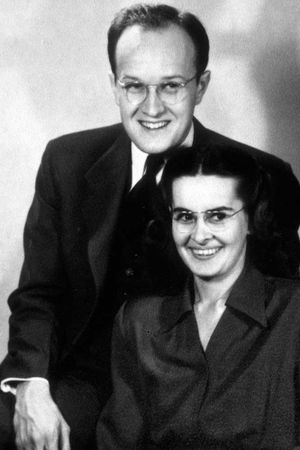 When Robert was the age of two, the family moved to Goshen, Indiana where Amos Kreider taught at Goshen College. The family later moved to Bluffton, Ohio where Amos taught at Bluffton College. In 1929, Robert was baptized in the First Mennonite Church, Bluffton. In 1935, the family again relocated to Newton, Kansas where Robert entered Bethel College and earned a BA in History.

As a conscientious objector to war, Robert was drafted into Civilian Public Service (CPS) from 1941 to 1945. His years of service included Assistant Director of the Colorado Springs CPS Camp, Secretary of Education for Mennonite Central Committee (MCC) CPS Camps, and Director of MCC's mental hospital program.

Six weeks after marrying Lois Sommer in 1945, Robert left to direct MCC's relief program in Germany. One year later, Lois joined him as a relief worker, and they served in Europe until 1949.

Kreider both inspired and created new church programs and institutions—Mennonite mental health centers; the Mennonite Central Committee Teachers Abroad Program in Africa; the Mennonite Experience in America history series; the "Mirror of the Martyrs" traveling exhibit at Kauffman Museum; and more. At Bluffton College he inaugurated an interterm program. At Bethel College he proposed a senior capstone course. As a member of innumerable committees and task forces for Mennonite Central Committee, the General Conference Mennonite Church, Mennonite Weekly Review, Mennonite World Conference, and other interchurch agencies, he pointed to new directions for service and ministry.

Kreider had a gift for uniting people of different lifestyles and commitments in common endeavor. Coming from a family that had left the Mennonite Church (MC) in the troubled 1920s, he found ways to bridge differences among Mennonites of different backgrounds (General Conference Mennonite, Mennonite Church (MC), Mennonite Brethren Church, Old Order Mennonites and Amish), as well as across the Swiss-Dutch cultural divide. He claimed a special interest in living on the "margins," and reached out persistently to outsiders. He carried on an extensive correspondence with a high school friend who had gone into military service. He nurtured an unlikely friendship with a Jewish leader who had been complicit in sabotaging plans to display the "Mirror of the Martyrs" exhibit at the Smithsonian in Washington, D.C.

Kreider's broad interests in the arts, in architecture, in the natural environment, and in international travel qualified him as a "renaissance man." As a historian he became fascinated with the Great Plains—the "grassy rolling wilderness of the Flint Hills and the majestic north-south travel route of millions of migratory birds." He was directly involved in the design of the Marpeck Student Center at Bluffton College. In his 88th year he traveled to Uzbekistan for a museum project and took delight in the exotic art and architecture of the city of Khiva.

Kreider had a special gift for drawing out the personal stories of people he met. His ability to ask interesting questions and to listen attentively enlarged his amazing circle of friends. He nurtured a positive orthodox Christian faith, but was suspicious of theology and of any kind of dogmatism. Wherever they lived, Robert and Lois Kreider were active local church members and teachers.

After his retirement from Bethel College, Kreider wrote a number of books, including the stories of Stephen Wang and James Liu, who in 1930 had come from China to study at Bluffton and Bethel colleges. He chronicled his own life story in a richly documented, two volume autobiography: My Early Years (2002) and Coming Home (2012). His hatful of unfinished projects at the time of his death included a volume of memorial service tributes he had delivered over the years, and an illustrated book about postwar Germany with black and white photos plus Kodachrome slides that he had taken as a relief worker in 1946-1949.

Books by and about Robert Kreider