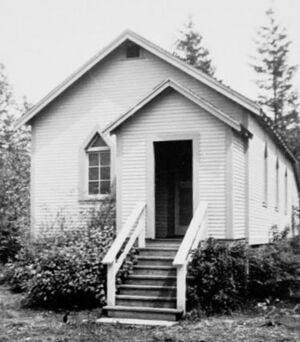 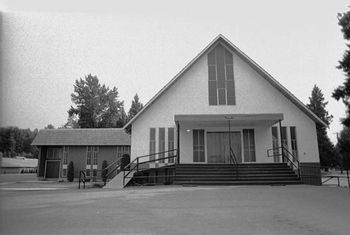 King Road Mennonite Brethren Church originated through division from South Abbotsford Mennonite Brethren Church over the use of the German language in worship. The influx of immigrants from South America, particularly Paraguay, Germany, and the Soviet Union produced a need for a German-language congregation. The congregation began services on 25 September 1966 and formally organized that year with Jacob Dueck as the founding leader.

At first the congregation rented the former Poplar United Church building at the corner of King Road and Clearbrook Road. The congregation purchased the church in December of that year. It was almost immediately full, so in 1967 a new church was built on the same property. The church continued to grow and by October 1975 a building fund for an education wing was established. By 7 June 1976 it was completed. In August 1981 the church was once again outgrowing its sanctuary; in fact it was breaking fire safety codes. On 26 October 1981 the congregation voted to build on the attached land they had purchased in 1979. On 19 December 1982 the congregation moved from the old church to the new 850-seat sanctuary. The official dedication was held on 16 January 1983.

King Road has also done German Radio Ministry as well as helped the Abbotsford Chinese Christian Church get its start. In 1991 separate English and German services were established. These two services continue to operate concurrently today. In 2010 the congregation had 623 members and an average weekly attendance of 506.

Klassen, A .J. The Church in the Heart of the Valley. Abbotsford, BC: Matsqui-Abbotsford Ministerial Association, 1992.