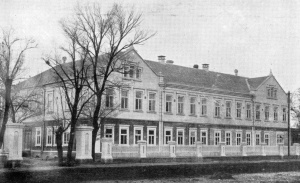 The Mennonites in Russia were the first to establish hospitals for their communities. Chortitza had a district (Zemstvo) hospital, which, with its staff of doctors, was maintained by the Mennonite district (Chortitza volost). The Chortitza Mennonite industrialists maintained a doctor for their laborers. In the early days the hospital had ten beds, the number increased later and a maternity ward was added. The medical staff included Jakob Esau, Theodor Hoffmann, David A. Hamm and Peter Zacharias. During World War I the Chortitza Mennonites maintained a 75-100 bed Red Cross hospital in addition to the regular hospital. The hospitals were nationalized after the Revolution of 1917. 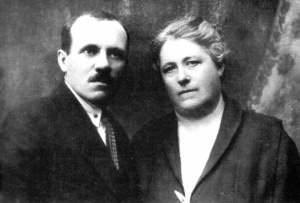 In the Molotschna settlement the first hospital was established in 1880 by Franz Wall in Muntau. A Warkentin built a hospital in Waldheim, Molotschna sometime later; it closed after World War I. Fund received from the H. H. Reimer estate helped to build a beautiful hospital in Ohrloff, Molotschna, which opened 7 January 1910. In the same year a hospital was erected in Neu-Samara and about the same time Bethania, a mental hospital, was established at Alt-Kronsweide, Chortitza. All were nationalized after the revolution.

In the Netherlands and Germany Mennonites limited their efforts in care of the sick to the services proved by their deaconesses.

The first Mennonite hospital erected in the United States was Bethesda, established in Goessel, Kansas in 1900. There were other early U.S. hospitals in Mountain Lake, Minnesota; Newton, Kansas; Beatrice, Neb.; and La Junta, Colorado.

The first Mennonite hospital in Canada was Concordia, established in Winnipeg in 1928. Other early hospitals included Bethania in Altona, Manitoba; Bethesda in Steinbach, Manitoba and Bethel in Winkler, Manitoba. 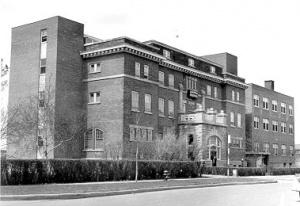 The years since the 1960 witnessed a radical shift in what had been a reasonably clear ministry of health care by the Mennonite churches through hospitals, clinics, and dispensaries. During this time most of the non-Western health care systems wrestled with issues of how to bring limited resources to meet overwhelming needs and how church and state resources could work together without exercising too much control over each other. Western countries were caught up much more in regulation, legislation, and technology. These and other radical influences changed markedly the shape and substance of health-related facilities in the United States and Canada.

Increase in technology and professionalism turned fairly simple health care structures into well paid, highly departmentalized, multi-specialized systems. This increased the demand for additional layers of management as well as complicating the communication process necessary for efficiency. As the systems became more complicated, the composition of church ownership and operating boards changed from predominantly clergy to a more complex mix of business, professional, and community leaders.

Policies and procedures once developed simply on the basis of a hospital's mission statement began to he shaped by government legislation, joint commission standards, and demands of third party payers (e.g., insurance companies). Religious health care facilities were not exempted from an increasing wave of suspicion and attack by consumer groups on high cost and fading credibility in health care systems. An increase in lawsuits and liability for hospitals and health professionals forced hospitals to join the wave of defensive medicine practices which perpetuated the vicious cycle.

Increased technology and improved techniques have made many long hospital stays unnecessary and cut the average length of stay in hospitals in half, leaving many hospital beds unoccupied. Again, Mennonite hospitals fell prey to the same problems as other community health systems by having built for the demands of the 1960s only to find empty beds and serious financial problems in the late 1970s and into the 1990s.

Some Mennonite health care systems became part of the creative thrust to innovate and pioneer in new health-related services such as outpatient and home care, adult day care, outpatient wellness programs, and creative pastoral care and counseling programs. However innovative and mission-minded these new services were, they did not produce large enough revenues to avoid financial crises. Some Mennonite hospitals were forced to close or sell out. Others consolidated with other Mennonite hospitals or with other church-related hospitals. The most significant of these consolidations occurred in 1981 when the Health and Welfare Committee of the Mennonite Board of Missions (MC) which had oversight of nine hospitals in addition to numerous nursing homes and facilities for the developmentally disabled and children, founded Mennonite Health Resources, Inc. A majority of the nine hospitals joined the new corporation which was to provide management resources and various other services to strengthen the financial, operational, and spiritual base for Mennonite hospitals.

Other factors for which Mennonite health systems were not always well equipped affected the shape and substance of hospital and health care ministries. Outside competition became aggressive and marketing of hospitals and health services led Mennonites to ask whether services that were initiated as a ministry and mission of the church should be advertised. As commercial health care systems became more common, they challenged church-related health care institutions to identify their distinctiveness. What had formerly been given to communities as a "gift" of ministry was now demanded by consumers as a "right."

One other factor made the Mennonite churches' efforts minister through health care systems more difficult. That was the onset of super technology creating difficult ethical issues. A variety of life and death issues and concerns about the quality of life arose (bioethics and medical ethics). The high cost of service and decreasing availability of service to the poor became a serious moral issue. Very often institutions were called upon to make ethical decisions being pushed from one direction by physicians and consumers groups while being counseled in another direction by the church. Issues of abortion and numerous situations surrounding the right to die, organ transplants, quality of life, etc. threatened relationships with supporting churches and often caused stress within congregations and conferences.

Those health care systems that survived the financial and other numerous threats of the 1960s and 1970s often did so through consolidation with other systems or by diversifying into areas such as nursing homes and outpatient services. Some Mennonite health care systems saw as much as a hundred-fold increase in budget during the 30 years between 1956 and 1986.

During this time Mennonite Central Committee (MCC) and Mennonite-related mission programs made great efforts to avoid ownership of any institutions or health systems in most countries being served by MCC workers or missionaries. It was their policy instead to send trained professionals to operate and function within facilities owned by governments or other agencies. In countries where the Mennonite Church had sufficient strength and identified hospital work as part of its mission (e.g., India, Taiwan) such hospitals continued not without struggle around similar issues of those in the United States and Canada.

Some historians have reflected upon the fact that the church has throughout its history responded to human needs in a spontaneous way that often becomes institutionalized only to be taken over later by governments or those who in some way are responsible for the maintenance of social systems and order. These historians have implied that the role of the church has been most effective in creating ministries of healing in response to the mandate of Christ. However once institutionalized these ministries fall prey to organizational hazards and lose their dynamic. This thesis may well be born out in observing the Mennonite health care efforts in United States and Canada during the 1980s. In this view, as hospitals and health care facilities became more dependent upon third party payers, government regulations, and legislation, they became less dependent upon the church, which, in turn withdrew its interest and support. This did not, however, alienate Mennonites from their original mandate to "preach, teach, and heal in the name of Christ." The Mennonite Health Association has become one such evidence of this effort on the part of Mennonite health professionals to nurture and encourage one another in their health-related calling and to speak to and with the church about its role and mission in health care.

By 1988 an umbrella corporation to aid and support hospitals and other health-related institutions was developed. This was a unified effort through MCC's work with Mennonite Mental Health Services and the Mennonite churches which owned a number of health-related facilities. In 1987 Mennonite Health Association, in cooperation with Mennonite Mutual Aid, gave impetus to developing congregation health resources promoting various models by which congregations can become more active in the role of healers through preventive health care programs and other secondary ministries in local congregations (health education). The congregation where people find meaning in relationship to God and their fellow human beings, is once again being seen as the place where health and healing begin.

Listings of Mennonite-related hospitals in North America were published in the 2001 Mennonite Directory.

A listing of North American Mennonite-related hospitals can be found in the Mennonite.net Health and Human Services section