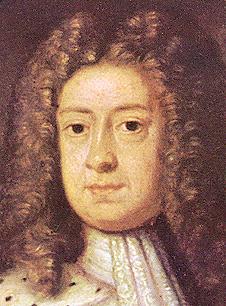 George I, King of Great Britain and Ireland, 1714-1727, was born 28 May 1660, the son of Ernst August, Elector of Hanover (1629-1698) and Princess Sophie of the Palatinate (1630-1714), daughter of Friedrich V of the Palatinate and a granddaughter of James I of England. George succeeded his father in Hanover in 1698 and in 1701 the Parliament of England passed the Act of Settlement designating his mother Sophie as heir to the English throne. In 1707 the Act of Union was passed, uniting England and Scotland, and the rules of succession established by the Act of Settlement were retained. Sophie died in 1714, just weeks before the death of her relative Queen Anne of Great Britain. As a result, George succeeded her and was crowned King of Great Britain and Ireland on 20 October 1714.

This German prince on the British throne was especially interested in the oppressed Mennonites in Switzerland and the Palatinate. Shortly after his coronation he tried to aid the Mennonites who, persecuted and imprisoned by the Swiss government at Bern, were finally released through the mediation of Dutch Mennonites and for the most part settled in the Palatinate. George I issued an urgent invitation to the Mennonites in the Palatinate to settle in the English colonies of America, offering them favorable terms for their transportation. To each family settling west of the Alleghenies in Pennsylvania he offered a gift of 50 acres of land and the permission to cultivate as much additional land as they wished without making any payments for ten years, after which period a small rental was to be paid (Cassel, 278). In 1717 a conference of elders at Mannheim decided to accept the offer and settle in America. In March 100 persons, led by Elder Benedikt Brechbiehl, emigrated and were followed three weeks later by 300 more. No further emigrations of Palatine Mennonites took place until after George's death, which occurred on 11 June 1727. He was succeeded by his only son, George II. His only daughter, Sophia, married Friedrich Wilhelm I of Prussia.