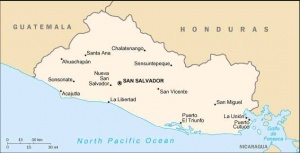 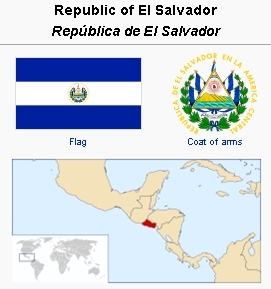 El Salvador is located in Central America, bordering the Pacific Ocean between Guatemala and Honduras. It lies on the Gulf of Fonseca, as do Honduras and Nicaragua further south. The capital city of San Salvador is the largest city of the republic.

Mennonite Central Committee began its work in El Salvador early in 1981 in response to the tremendous refugee needs that were a result of the civil war which began the previous year. MCC supported the work of local churches that had already started assistance programs in several, primarily rural, areas of the country. The emphasis was on emergency assistance including housing, clothing, medical care, and food distributions. This aid was continuing in 1986 but it had become a lower priority. As some of the local churches began to recognize the long-term nature of the war, they began to see ways to address the root causes of the conflict in addition to providing emergency assistance. Over the years, MCC has cooperated with them in resettlement projects, advocacy of dialogue and negotiation, and attempts to provide aid to the most affected rural areas so that residents would not have to become refugees and further strain the services of the larger towns and cities. Increasing emphasis has been placed on education of North Americans in the hope that the United States policy based primarily on a military solution can be changed to one of encouragement of a negotiated solution. Another emphasis is to accompany the Salvadoran churches as they face persecution while ministering to the poor and seeking to be peacemakers. -- Ron Flickinger

In 2020 the following Anabaptist denominations were active in El Salvador: