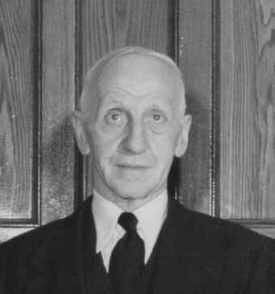 Urias Knipe "U. K." Weber: pastor and farmer; b. 28 November 1879 in Wallace Township, Perth County, Ontario to Menno S. Weber (6 January 1858-2 October 1934) and Sarah Ann (Knipe) Weber (28 November 1859-15 September 1942). He was the first child in a family of eight. U. K. was baptized into the Mennonite Conference of Ontario. He married Magdalena Shoemaker (14 October 1879-5 May 1958), daughter of Deacon Benjamin and Mary (Shantz) Shoemaker on 5 July 1899. They had nine children. In 1907, he was chosen by lot for the role of preacher at First Mennonite Church (Kitchener). His only formal pastoral education consisted of less than a year at the Moody Bible Institute (1910). U. K. began his leadership during a time of increasing unrest in the Conference. Nonconformity and fundamentalism were becoming key issues. Weber represented openness to change, saw customs such as the bonnet for women as outmoded, and stressed the authority of the congregation. He was strongly influenced by American churchman J. E. Hartzler.

In 1924, when he was silenced for his unwillingness to censure church members at variance with the Conference, nearly half of the First Mennonite congregation joined to form Stirling Avenue Mennonite Church, with U. K. as pastor. Stirling's structure placed him in the role of professional pastor, a novel position for an Ontario Mennonite leader at the time. Stirling instituted a church council, annual meetings with congregational voting, and a modest pastor's salary. At U. K.'s insistence, the role of pastor and church council chair were separated. He was adamant that decision-making should rest with the congregation as a whole. He was active in the local interdenominational community, exemplified by his service as the first vice-chair of the House of Friendship (1939).

Due to Stirling’s independence, leadership succession proved difficult. U. K. resigned in 1941 when it appeared that a replacement could be found. The congregation gave him the title Pastor Emeritus. After his retirement, U. K. continued to preach occasionally. He died in Kitchener on 13 December 1971 and was buried at the Woodland cemetery.

U. K. Weber led two Mennonite congregations during difficult times. Fully aware that he was a controversial figure in Ontario Mennonite circles, he nonetheless articulated his beliefs with passion and conviction. Congregants recall him as an "old time Gospel preacher," an energetic and good-humored man with a love of sports and a keen interest in world affairs.

Harder, Laureen. Risk and Endurance: A History of Stirling Avenue Mennonite Church. Kitchener, ON: [the Church], 2003.