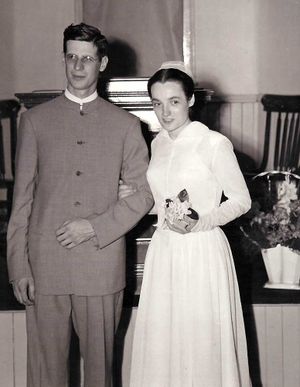 John, Lois and their children began to attend Rockway Mennonite Church in 1964; he served as Rockway’s part time pastor-coordinator from 1967 to 1991, though the last year was a sabbatical. During his pastorate Rockway was known as an “intellectual” congregation that welcomed persons with questions about traditional Christian theology.