Few written records exist to shed light on Mennonite sexual attitudes and behavior before the early 20th century. This might be surprising when one considers how pervasive an aspect of the human personality and how important a dimension of human interaction sexuality is. However, Mennonites were apparently following the societal reluctance to acknowledge their sexuality explicitly and certainly to talk (or write) much about it. Those who can remember Mennonite congregational life in the 1920s or 1930s have witnessed a remarkable change in the openness with which sexuality is discussed. Articles in church papers, as well as conference proceedings, deal with sexuality concerns much more explicitly, again reflecting the trends in society.

Written material from earlier periods referred to aspects of genital sexual behavior much more than to sexuality as a broad dimension of personal identity and overall male-female interaction.

There was widespread Christian bias against sex solely for pleasure -- the bias was that sex is for procreation only. An understanding of this requires a look at the ancient mind-body dualism derived from Greek thought. There are some hints of this in some of the Apostle Paul's writings, especially when he writes about carnal-mindedness. The mind-body dualism was applied by the early Christians in an anti-flesh manner. That attitude stems from the early centuries of the Christian church and was carried through the Middle Ages into modern times. Part of the reason for this attitude on the part of the early Christians may have been their reaction against the licentiousness of the ruling class in Roman society. This anti-sex, anti-flesh attitude also contributed to the rise of monasticism and the affirmation of total celibacy as the most devout life-style to which Christians could aspire.

The overall mind-body dualism persisted well into the 20th century. Overcoming this dualism was made more difficult because human physical bodies were sexual bodies, and sexuality has always been a source of anxiety to society. The present writer remembers clearly the attitudes conveyed from the pulpit when he was a lad: an attitude suggesting that one almost needed to be ashamed of one's body; the body was identified with "the flesh" -- the body was seen as a major source of temptation which would lead to sin. In recent years, however, these attitudes are changing and the church is beginning to affirm the goodness of God's marvelous creation, the human body. The mind-body dichotomy is also lessening as we begin to focus on and understand the meaning of wholeness and shalom.

Because of the scarcity of Anabaptist writing on sexuality, we know very little about the Anabaptists' sexual attitudes. What they did write was standard condemnation of sexual immorality. Their attitudes seem to have been common to the Christians of their times, but their practice was that of a more consistent following of those attitudes, a greater adherence to their beliefs and standards. Evidence of their exceptional practice (e.g., less sexual promiscuity) is gleaned from the writings of those who opposed them. One Reformed pastor, Georg Thormann, author of Probier-Stein (1696) found it necessary, in order to be credible, to praise Swiss Brethren for their higher-than-average Christian morality.

We also have record of their prohibition of behaviors such as adultery. In the congregational records at Montbéliard in Alsace there is reference to certain members who were excommunicated "for reasons of adultery." In the early 1800s church rules of congregations in the Palatinate included prohibitions against adultery and prostitution.

As part of the Radical Reformation Anabaptists experienced some acute and perhaps unique sexual problems. In some cases there were sexual irregularities. For example, when a mate would not go along with a spouse in joining the Anabaptists, the issue of fidelity to one's unbelieving spouse came into question. In some cases a form of bigamy developed in which a "spiritual marriage" formed with fellow Anabaptist adherents coexisted alongside a previous marriage. Such irregularities probably involved only a handful, however. In Münster there apparently were instances of polygamy, not as a demonstration of sexual license but for purposes of procreation only, there being more women than men in the movement, a situation exacerbated by persecution. 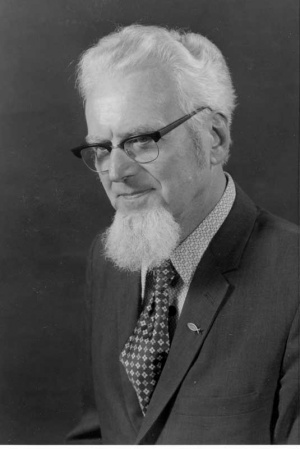 Since the 1920s, a steadily increasing amount of information is available because Mennonites have begun to speak and write a great deal more about sexual attitudes and practices. In August 1929, C. D. Esch spoke at the Mennonite Church (MC) General Conference on Christian standards of social purity. In 1941, in Ontario, an article appeared entitled "The Sexual Problem"(!) In the early 1950s a medical doctor, H. Clair Amstutz became a prolific and well-known writer on sexual, marriage, and family topics, concluding with his Marriage in today's world in 1978. C. F. Derstine, George B. Brunk II, John W. Miller, Howard Charles, and Merle Eshleman also wrote on sexual issues and consistent ly upheld traditional standards of sexual morality.

In the late 1960s, with the development of the "free speech movement" and the Vietnam War protests with their attack on the establishment and its tenets, a societal loosening of sexual values evolved which came to be known as "the new morality." Characteristics of the new morality included generally greater permissiveness, less commitment to marriage, and an abandonment of the standard of genital intercourse within marriage only. Articles condemning "the new morality" began to appear in many Mennonite church papers. Then in August 1968, a "Conference on Christianity and Sexuality" was convened on the campus of the Mennonite Biblical Seminary in Elkhart, Ind. The conference came about as a result of Mennonites attending several ecumenical church meetings on sexuality. The World Council of Churches conducted a "Consultation on Sexual Ethics" in Switzerland in 1964. The participants at that meeting were unable to formulate a theology of sexuality acceptable to those present and they acknowledged that the churches must accept some responsibility for the chaos which existed. Following this, in May 1966, the second North American Conference on Church and Family was held in Hamilton, Ont. The Mennonites attending the Hamilton conference met one evening to raise the question of what the conference had to say to Mennonites. It was acknowledged that the Mennonite denominations had given little attention to the issues raised, that more attention was needed, and that a conference should be held; hence the 1968 Elkhart meeting. At the Elkhart "Conference on Christianity and Sexuality," 91 participants engaged in dialogue, debate, and study of the papers presented by various participants. The conference was descriptive and analytical, and it was helpful to hear each other, but no unified statement on sexuality emerged.

In the late 1970s Mennonites became increasingly aware of the homosexually-oriented persons among them, and as people with same-sex orientation became more visible and more assertive the churches reacted (generally in a strongly negative way). Issues such as homosexuality, the growing divorce rate, elective abortions among Mennonites, and an increasing incidence of non-marital sexual intercourse led a number of Mennonite leaders from various conferences to request the Mennonite Medical Association (an inter-Mennonite organization of physicians and dentists) to sponsor a Symposium on Human Sexuality. This symposium met in two sessions (September 1978 and April 1979) to study a variety of sexuality issues. Inasmuch as homosexuality was the major stimulus for the symposium, most of the presentations had both sessions address the issues surrounding same-sex orientation.

In May 1980 another seminar on human sexuality was held at Laurelville Mennonite Church Center as a follow-up to the two Mennonite Medical Association consultations in Chicago. In this meeting, as well as in the Chicago consultations, the Mennonite denominations were called upon to articulate a theology of the body, i.e., a sexual theology. The need for broad-based sex education programs in the local congregation was emphasized; and the church was challenged to do more by way of understanding homosexuality, to affirm singleness as a valid option, and to articulate meaningful statements on sexual ethics in the context of the new challenges presented by society. The church was also called upon to be a healing community for the many who are victimized by a variety of sexual abuses and coercion. Mennonites were becoming increasingly aware that all forms of sexual exploitation existed within Mennonite congregations.

In 1981, the General Conference Mennonites (GCM) and the Mennonite Church (MC) jointly appointed a Human Sexuality Study Committee. This committee met three times a year from January 1982 to January 1987. It developed a study guide entitled Human sexuality in the Christian life which was submitted to the congregations of both denominations for study over the period from 1984 to 1987. The General Conference Mennonite Church at Saskatoon in 1986 and the Mennonite Church General Assembly at Purdue in 1987 adopted similar statements reaffirming the goodness of sexuality and its place of honor and joy in the human family. Both called their members to confession and to covenant. Both groups reiterated their understanding that the Bible teaches that genital intercourse is reserved for heterosexual marriage and teaches the sanctity of the marriage covenant. The need to continue the study and dialogue on sexuality issues was also emphasized.

Meanwhile, as in the rest of North American society, sex roles and gender expectations were rapidly changing and women were moving out into the workplace and into positions of leadership in the church as well. By the 1980s in some congregations women were ordained and in most they began to serve on church boards and in other leadership positions of various kinds. This change has not been without accompanying dissension. In many denominational settings, feelings have been intense as the issue has been debated as to whether equality of the sexes should necessarily mean similar roles for men and women in church life.

In conclusion, especially with regard to sexuality, Mennonites have always been a great deal more reactive than proactive, reacting to the mores and practices of the society in which they lived. The increased activity and study of sexuality since the 1960s, was stimulated more by an increasingly permissive society, the feminist movement, and the gay rights movement than by a growing awareness that Mennonites have inadequately understood and addressed the biblical understandings of the sexual dimensions of human personality and life. We have still not formulated a theology of the body nor of sexuality which can effectively undergird an ongoing program of Christian sexuality education. We have made a step in reuniting sexuality and spirituality, but what has transpired since the 1980s should be seen as the beginning of a new era in Christian male-female relationships and not as the ending of a project which articulates all that we need to say on this subject for the next generation.

Amstutz, H. Clair. Growing Up to Love : a Guide to Sex Education for Parents. Scottdale, PA, 1956.

Resources on Homosexuality maintained by Loren Johns, Associated Mennonite Biblical Seminary, Elkhart, IN (Includes many statements by Mennonite conferences and committees on this issue)