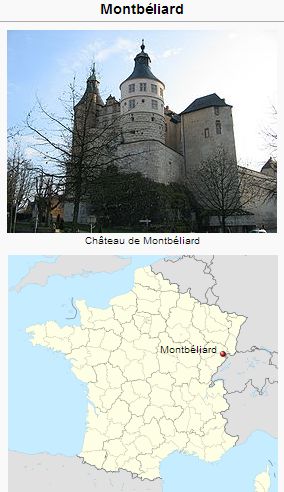 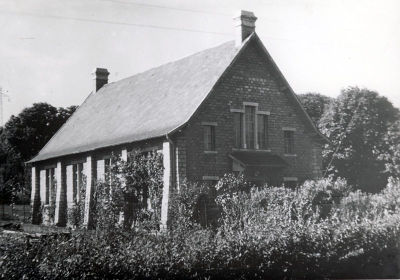 The first Mennonites came to Montbéliard as refugees from Bern, Switzerland, in the early 18th century. They had connections with other Mennonites who had fled to the bishopric of Basel in the Swiss Jura and to the gravure of Neuchatel. Others came from the Rappoltstein area which was especially hard hit by the order of Louis XIV expelling the Mennonites from Alsace in 1712. Many Mennonites, especially from the Markirch (Ste-Marie-aux-Mines) (Leber) Valley, went to Montbéliard, and a rather strong congregation was organized in this region. The Mennonites settled exclusively on the estates of Duke Leopold-Eberhard, who had dispossessed many of his subjects and found these foreigners very welcome, the more so when they soon proved themselves to be honest and competent farmers. Their presence was naturally resented by the populace, but they were protected by the counts, although the counts made it clear to the Mennonites that they were merely tolerated and refused to give them any written contracts. The Mennonites were permitted to have their own cemetery, which was still in use in the 1950s, and to organize a school, and they were released from the oath. But they were refused permission to build a church. They began a church record in 1750, the first church record among the Swiss Mennonites. Among the Mennonite family names found in the region of Montbéliard in 1759 were Roth, Frey, Schmucker, Mosimann, Meyer, Krahenbühl, Kobler, Baumgartner, Eicher, Schuhmacher, Oberli, Kauffman, Hostetler, Gerber, and Wahlti. From 1765 Hans Rich was for a long time the elder of this Amish congregation.

In 1790 there was a wave of emigration to Poland, the reason for which is no longer clear, when several groups from Montbéliard and some from the Upper Alsatian congregations immigrated to Poland. The old church book, which dated back to 1750, said of the migration: "So Samuel Stoll (preacher) and Christian Kanel (elder) with their companions and travelers went away together on 22 September 1790, from Montbéliard to Poland in the Palantinä Värsowie. Hans Schindtler led them as far as Ulm, so they arrived in Ulm on 4 October; then they traveled on the Danube to Vienna and arrived on 24 October 1790. May God the Father lead them further." A list compiled in 1793 contained 36 family names with a total of 50 persons (including children) who comprised the congregation.

The French Revolution, which united Montbéliard with France, brought much unrest into the congregation. All citizens had to swear an oath and be enrolled in the National Guard. The Mennonites protested. The central government granted their request and peace was restored in the congregation. Nor were they drafted in the Napoleonic wars. The idea of sending delegates to the emperor with a petition in 1809 originated in Montbéliard.

Up to this time the Mennonites had been renters. But gradually they began to acquire property. This was probably the reason why there was no movement to the interior as was the case in the Lorraine congregations. The German language could also be maintained much longer here. There was repeated influx from Alsace and Switzerland. On the other hand the congregation lost many members to other churches through marriage, and many immigrated to America.

Services were held in private homes in and around Montbéliard, as far as the adjacent portions of the Jura, where many Swiss families had settled. When the congregation built a church in 1833 the mountain families formed a congregation of their own, known as the Seigne congregation (Sennergemeinde). This congregation, which had at first a rather large membership, gradually died out, the families moving into the vicinity of Montbéliard and Porrentruy (Pruntrut) in Switzerland.

The Montbéliard congregation also survived a critical period. The determined holding to the German language, which only a few understood, conflict between leading personalities, and lack of contact with other Mennonites had a baneful effect. But conditions soon changed. Ministers from Switzerland visited the congregation. The French language was adopted for singing and preaching. Conference activity increased, and signs of a new life became apparent.

The Montbéliard congregation suffered least during World War I, since it was not in a zone of combat. Also many of its members were citizens of Switzerland and were consequently not drafted. Religious services could continue regularly. After the war a new increase came from Alsace with increased life, so that the old "du Canal" church, in use from 1832, became too small. A new church was built at la Prarie and dedicated in 1930, with a seating capacity of 400. Services were held here every Sunday, besides Sunday school, prayer meetings, Bible study, hymn sings, and evangelistic meetings. The membership, numbering 250 in 1795, 150 in 1887, was 300 in 1956, including unbaptized children.