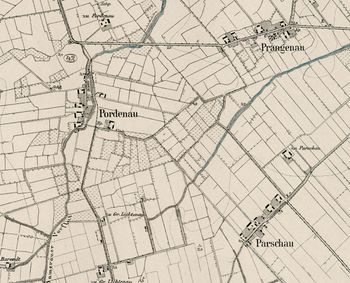 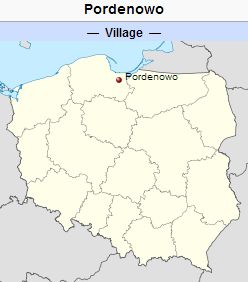 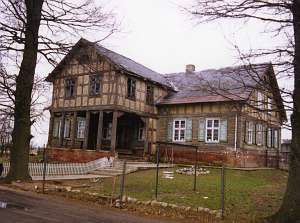 Pordenau received privileges in 1399 or 1410. The area was re-settled in the 17th century as a part of the village of Groß Lichtenau (now Lichnowy Wielkie). Until 1772 Pordenau was located in what was known as Royal Prussia (also known as Polish Prussia) in the Kingdom of Poland. The First Partition of Poland in 1772 resulted in the creation of a new province in 1773, called West Prussia, in which Pordenau was located. Pordenau was situated in the district (Kreis) of Marienburg until the establishment of the Free City of Danzig in 1920. The village came under the control of Nazi Germany during World War II until February 1945, when it was occupied by Soviet forces and returned to Poland. In 2012 Pordenau (now Pordenowo) was a village in the administrative district of Gmina Lichnowy, within Malbork County, Pomeranian Voivodeship.