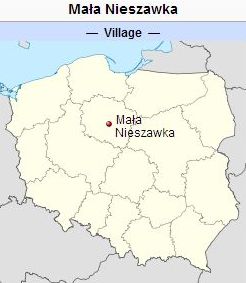 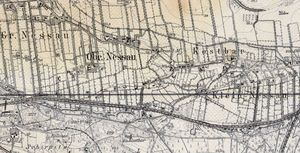 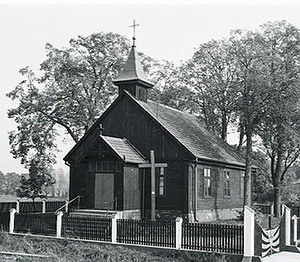 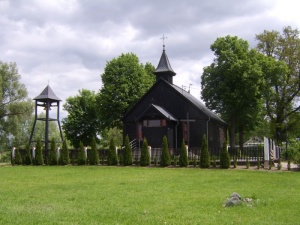 Obernessau was one of the oldest Mennonite congregations in West Prussia, Germany, (now Poland), founded in the middle of the 16th century below the town of Thorn, apparently by Dutch settlers; the congregation belonged to the Waterlander (also called Frisian) branch. Some of the members lived on the Korzeniecer Kämpe, an island in the Vistula.

In Obernessau a church was built in 1778, which was burned by lightning on 11 June 1889, but was rebuilt with the aid of other congregations and dedicated on 2 November 1890, by Elder Hans Foth. The substantial tower on this church was an exception in Mennonite church architecture. The Dutch Naamlijst names a number of ministers who served here: Jacob Adriaen, Jacob Adriaen de Jonge, Hans Flemming (Flaming, Vlaming) 1737, Hendrik Bartels, Cornelis Jantzen, Jacob Eck about 1760-1780, Peter Bartels 1764, Hans Nikkel, preacher 1766, elder 1779-after 1810, Zacharias Bartel 1773, Jakob Bartel 1779-1782, Abraham Eck 1780, Zacharias Bartel 1796, Cornelius Baltzer 1801.

About 1775 a number of members left Obernessau and moved to Deutsch-Kazun near Warsaw, Poland; among these emigrants was their preacher Hans Flaming. The reason for this migration was apparently economic, farming having become very difficult in Obernessau because of repeated floods and high taxes. After the serious flood of 1736 the Dutch Mennonites gave considerable relief, as they did again in 1888.

In the 19th century emigration to Russia and to America reduced the congregation; living conditions had changed. When they settled on the island the Vistula flooded their land, to be sure, but the sediment left on the fields produced good crops. But the dams built for the railroads narrowed the channel of the river to such an extent that the river washed away the good soil and destroyed crops. The dams built by the people offered little protection. Great damage was caused by the flood of 1855, followed by others, usually just before the harvest, in 1871, 1879, 1883, 1888, 1891, 1896, and 1903. At the beginning of the 20th century the farmers on the Korzeniecer Kämpe had to leave when a harbor was built there. Two Mennonite families, Dirks and Foth, moved to Thorn in 1906.