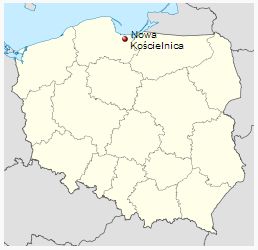 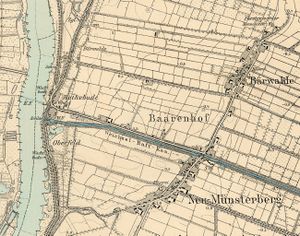 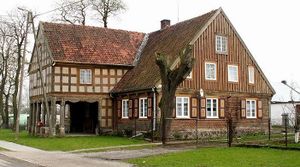 Neu Münsterberg was established in 1352 under the Chełmno Law (Kulm Law, a legal constitution for a municipal form of government) by Winrich von Kniprode, Grand Master of the Teutonic Knights, on 50 włókas (898 hectares) of land. Until 1772 Neu Münsterberg was part of the Kingdom of Poland. The First Partition of Poland in 1772 resulted in the creation of a new province in 1773, called West Prussia, in which Neu Münsterberg was located. Neu Münsterberg was situated in the district (Kreis) of Marienburg until the establishment of the Free City of Danzig in 1920. The village came under the control of Nazi Germany during World War II until February 1945, when it was occupied by Soviet forces and returned to Poland. In 2012 Neu Münsterberg (now Nowa Kościelnica) was a village in the administrative district of Gmina Ostaszewo, within Nowy Dwór Gdański County, Pomeranian Voivodeship.

In the 1776 Prussian census there were 22 Mennonite families in Neu Münsterberg with the following surnames: The sources from 1776 mentioned Breicht, Dick, Ens, Epp, Fehr, Harder, Isaac, Matis, Penner, Peters, Regehr, Thiesen, Welcke, Wiens, and Willms. In 1820, the village had 560 residents, including 106 Mennonites.

Mennonites in were members of the Bärwalde-Fürstenwerder Mennonite Church.