Johann Casimir (John Casimir), Count Palatine of Pfalz-Simmern, administrator of the Palatinate 1583-1592, was b. 7 March 1543, the fourth son of Elector Palatine Friedrich III. After the death of his brother, the Lutheran-minded Elector Ludwig VI, he assumed the rule of the Palatinate as the guardian of his minor nephew, who later became Elector Friedrich IV, in accord with the testamentary provision. It was his aim to win the populace to the Calvinist faith, which his father was the first German prince to enter. Since the Lutheran church council did not bow to his demands, Johann Casimir had it removed from office; the Lutheran preachers who refused voluntarily to join the Calvinist church were also dismissed. 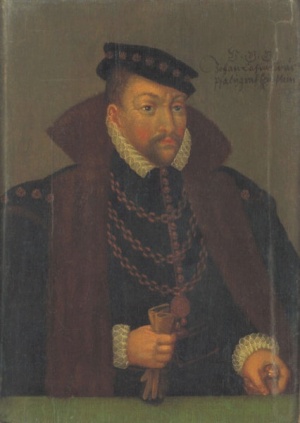 The Anabaptists were also required to accept the Calvinist creed, but they resisted the demand. A tense struggle ensued, which afforded an interesting glance into the religious life of the populace. Johann Casimir saw in the Anabaptists "poor straying people," who must find their salvation in the Reformed Church. They, on the other hand, pointed out to him the corrupt conditions in his own church, which prevented their joining it.

In 1583 Johann Casimir then issued a severe mandate against the Anabaptist leaders as "obstinate, misleading, and seditious corner preachers," who spread an "offensive, poisonous, treacherous doctrine, harmful to eternal and temporal welfare." Their preaching and meeting were severely interdicted under threat of stiff penalty. If an Anabaptist was found out, he would have to state the grounds of his separation before the magistrate (Amtmann), and in the presence of the Reformed preacher. Whoever would not be instructed in church doctrine would be thrown into prison and put on a meager diet. The pastors must from time to time try to convert them and must meanwhile baptize their as yet unbaptized children. Anyone who still persisted in his faith would then be exiled, and his property would be managed by the city; his wife and children would receive the income from it.

The mandate admited that the Anabaptist movement was strongest where no sound doctrine was preached and where the people lived wicked lives. This fact was also the reason for the Anabaptist refusal to attend church. In the future they must have no occasion to take offense at the manner of life of a fellow citizen. The pastors were urged to "live a Christian life" and to refute and overthrow Anabaptist doctrine with arguments from the Holy Scriptures. Officials and persons in authority must support the pastors by urging the Anabaptists to go to state church services and by giving a good example in word and deed, "so that it might be said in truth that by their conduct our Father in heaven is praised." Officials were obliged to attend the sermons; special chairs should be assigned to them in the churches. No citizen would be permitted to neglect church attendance without good reason. Whoever disobeyed this injunction would be punished by imprisonment. Officials must diligently seek out Anabaptists.

But outward compulsion did not bring about the desired inward change. Five years after the mandate was enacted, the Anabaptist movement was still not suppressed, but had even spread. Banishment from the country could no longer be carried out because it harmed the state economically. Government pressure relaxed.

The state church council tried the more zealously to suppress the movement, but in 1588 confessed that without the outward political compulsion and the support of temporal authorities they could accomplish nothing. This was easy to understand in view of the offensive conduct of the people, as the pastor of Wiesloch, Nussloch, and Leimen reported to the church council; there was no hope of winning the Anabaptists into the church. They would see in the members "nothing but what pains the heart and causes offense, namely, a free, unrestrained epicurean manner with swearing, cursing, gluttony, drinking, dancing, quarrelling, fighting, fornication, immorality, and the like."

In the last years of Johann Casimir's life, the Palatinate was hard pressed by foreign powers. A part of the population was drafted for military training in 1588; thus Johann Casimir was one of the first rulers to introduce a popular militia. Death put an end to his goal of setting up a Protestant emperor. In the last years of his reign only one act of government is mentioned that dealt with the Anabaptists. In 1591 his subjects were forbidden to employ them for money.