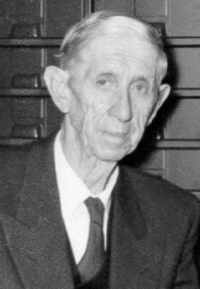 Benjamin, or "B.B." as he was often known, was an influential leader in the Mennonite world, particularly during World War I and during the large Mennonite migration from Russia to Canada from 1923 to 1926. His entire life, noted for its integrity and tenacity, was dedicated to the support and guidance of Mennonites by his active involvement in their institutions, boards, and agencies. He was known as a "conference man," who promoted a strong church and a belief in nonresistance.

After a lengthy spiritual crisis, he was baptized by immersion on 10 August 1897 in Alexanderthal, Molotschna, South Russia, joining the Mennonite Brethren Church. As a consequence of his own long experience, he frequently spoke of being "in conversion." He remained faithful to the Mennonite Brethren throughout his life, for he saw in them a voluntary body of believers, practicing radical ethics and strong church discipline and promoting thorough Bible study.

In 1905 Benjamin married Maria Rogalsky. Maria's "quiet, patient, praying, concerned, active support" (Toews, Courage, 142) of his ministry made difficult decisions and circumstances bearable for him. He was ordained in his early teaching years (1909), and soon moved into church work as leader and preacher. During World War I he served in the forestry service (Forsteidienst).

In 1921 he began the first of many tasks which would bring him into contact with government officials as negotiator and diplomat on behalf of the Mennonites. He was asked to negotiate the release of Mennonite young men who had been conscripted into the Red Army. This was followed by a request that he assist in negotiating with American Mennonites for help for the famine-stricken colonies in the Ukraine. He was among the first to seriously explore emigration as a possibility for the Mennonites, rejecting the possibility that reconstruction was possible in the Ukraine.

When he saw that Mennonite young people needed better preparation to enter secular society, he devoted his energies to developing institutions, becoming instrumental in founding the Coaldale Bible School and the Coaldale Mennonite High School.

During the years after World War II, he spent time in South America in a ministry of reconciliation and resettlement for displaced persons, becoming known for his oft-repeated phrase, "Ich suche meine Brüder" (I am looking for my brethren).

Throughout his life he maintained a wide-ranging correspondence, admonishing, correcting, and encouraging. As a man caught between the Russian and Canadian cultures, his ministry, seen as being traditionalist, gradually became obsolete. Yet a mythology developed around his personality that indicated his voice was one that could not be regarded lightly.

The Centre for Mennonite Brethren Studies in Winnipeg houses the B. B. Janz Collection.