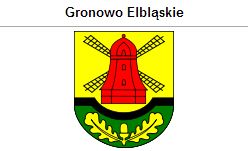 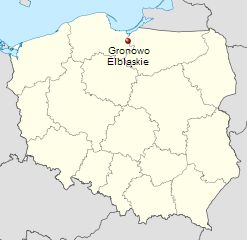 Grunau was first mentioned in historical documents in 1411 and was granted rights for the second time in 1414 by the commander Herman Gans. It is probable that at that time, two nearby villages of Gross and Klein Winkelsdorf were incorporated into Grunau. At that time the village was 790 hectares (44 Chełmno włóksa). Until 1772 the village was located in what was known as Royal Prussia (also known as Polish Prussia) in the Kingdom of Poland. The First Partition of Poland in 1772 resulted in the creation of a new province in 1773, called West Prussia, in which the village was located. The village was situated in the district (Kreis) of Marienburg until the end of World War I, when it came under the jurisdiction of the German province of East Prussia. In 2012 Grunau (now Gronowo Elbląskie) was a village in the administrative district of Gmina Gronowo Elbląskie, Elbląg County, Warmian-Masurian Voivodeship.

The Prussian census of 1776 lists 11 Mennonite families in Gruanu with the following surnames: Cornelius, Frantz, Froes, Jantzen, Nickel, Pauls, Penner, Sperling, and Unger. At the end of the 18th century, Grunau had 32 homesteads. In 1820, there were 63 Mennonites among 247 residents. In the 2nd half of the 19th century, the village acreage equalled 79 włókas (1,418 hectares). There were 18 homesteads, 35 houses, and 370 residents, including 65 Mennonites.

Mennonites who were residents of Grunau were members of the Thiensdorf-Markushof Mennonite Church.