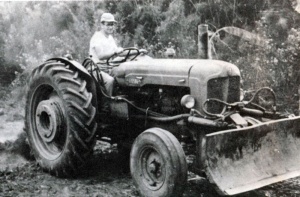 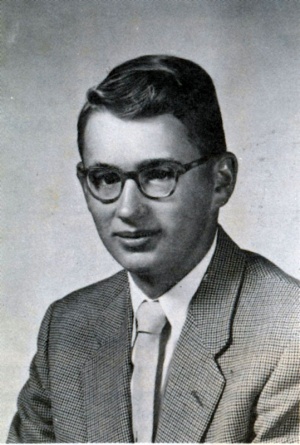 The death of Daniel Amstutz Gerber (b. 14 August 1940)—if indeed the long-missing Mennonite Central Committee Vietnam volunteer was dead—was not in vain. That was the message Ha Jimmy Cillpam brought in May 1987 to Elvina Gerber of Kidron, Ohio, a mother waiting with uncertainty for 25 years.

Cillpam, a Montagnard tribesman, knew Daniel Gerber as a leprosarium worker in Ban Me Thuot, Vietnam. "I was about 12 years old when I got acquainted with your son and brother," he told Elvina Gerber, her son David, and her daughter-in-law, Leora, during that visit to their Kidron farm. "I will never forget how he came to live in our village. He ate with other people and played with us boys. But most important, he was a 'white angel' who came to tell us of a God that loves us and forgives our sins." Gerber, 22 years old at the time of his abduction, grew up on the family farm. In lieu of military service he had chosen to serve a three-year term with Mennonite Central Committee in a Vietnamese hospital. The night of his capture, Gerber was walking on the hospital grounds with his fianceé, Ruth Wilting of Cleveland, Ohio. Wilting watched as Gerber's hands were bound and he was led away.

That happened on 31 May 1962, and Gerber's family never heard from him again. Later, Wilting came to visit the people in Kidron who might have become her in-laws. She told them, Elvina Gerber said, that she felt called to return to Vietnam. Wilting kept in contact with the family until 1968, when she was herself killed by Viet Cong forces at the hospital where she continued to work. She now lies buried in the highlands with other missionaries killed in Vietnam.

Captured along with Daniel Gerber were two Christian and Missionary Alliance workers, Eleanor A. Vietti of Houston, Texas, and Archie Mitchell of Ellensberg, Washington. The three volunteers are the longest-missing Americans in Vietnam.

Gerber was the second MCC worker to be lost through wartime violence. An earlier volunteer, Clayton Kratz, was killed in the Russian Ukraine in 1922.

Gerber's attitude about war and peace was stated simply in his application to MCC: "Christ taught love and that is what his children must do" (MCC News Service, Akron, PA, 29 May 1987).

Earliest reports on the abduction claimed the three missionaries were being forced to treat wounded Viet Cong soldiers. Through the years since then there were both promising and disappointing reports regarding Gerber's whereabouts. Nothing could ever be confirmed.

Later his mother came to the conclusion that Gerber had died. "For many years we had hope that he was alive," she said. "Then one day a friend of Daniel's, who is now a missionary to Japan, came to see me. He told how he prayed for Daniel every day. One day the Lord told him, 'Daniel is with me.' When he told me that, I believed that my son went to be with the Lord" (The Daily Record, Wooster, Ohio, 20 May 1987).

A strong faith in God helped the Gerber family through the difficult times. One of the hardest things to accept was a 1968 farm accident that killed Daniel's father, Nathan Gerber.

In addition to sharing reminiscences of Daniel Gerber, Cillpam shared his own story with the family. The Montagnard tribe is an ethnic minority group of rural people who live in villages separated from the mainstream of Vietnamese life. The tribal group had never heard of a Christian God until the first missionaries came to the village in 1940.

Cillpam's father was an early believer who became an ordained minister. Many people, sometimes whole villages, responded to the gospel, and Cillpam reported that on one day his father baptized 327 people. Churches sprang up all over the countryside.

In 1975, he found himself trying to help other Montagnards and Vietnamese escape from Saigon, which was on the verge of falling to the communists. He was able to jump on an airplane in a United States airlift to the Philippines, two days before Saigon (later Ho Chi Minh City) fell.

After arriving in the United States, Cillpam dedicated himself to helping people, aiding those fleeing their homeland for a new life in America. He was instrumental in saving many "boat people" on the North China Sea, and at the time he met with the Gerbers he was working with 213 Asian refugees in Greensboro, North Carolina. He hoped, eventually, to be able to return to his homeland and preach the gospel to his own people.