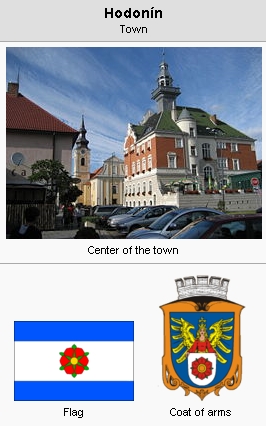 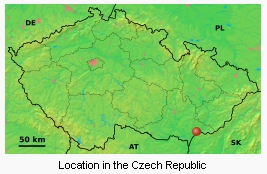 Göding, the German name of the city of Hodonín (or Godonin), a city (1950 population, 5,000; 2006 population, 26,000; coordinates: 48° 50′ 56″ N, 17° 7′ 56″ E) in the South Moravian Region of the Czech Republic, situated five miles (eight km) southeast of Brno on the old highway to Hungary along the right bank of the March. It has a long history, for the village, mentioned in the 11th century, belonged to several successive noble Czech families, of whom the barons of Lippa are most prominent in Anabaptist history. From 1762 to World War I it belonged to the Hapsburg family estate. The inhabitants of the city were mostly Protestant in the 16th century. The first Catholic priest was appointed in 1640.

There were Anabaptists in Göding and Tscheikowitz, which also belonged to this estate, as early as the 1540s. On 25 July 1545 they bought a house there with all its appurtenances and arranged it as a Bruderhof, though of course, under great difficulty, for in that very year, in consequence of the decision of the Diet that only those Anabaptists would be tolerated who did not practice community of goods, the "great tribulation" began which lasted five years. They were driven from Moravia to Hungary and Austria and back again. In 1564 Hans of Cologne, a mason by trade, was a deacon in Göding. A generation later, 11 November 1593, the brotherhood bought the "Konventshaus" there.

But soon the period of unrest and trouble due to war set in, and, frequently struck Göding as a border city. In 1605-1606 the Konvent was destroyed in the struggles of the Hungarians against Jörg Basta; it was not rebuilt until 1612. Greater damage was done in the Bohemian revolt, which led to the complete dissolution of Anabaptism in Moravia. Thus on 7 February 1620 the Poles attacked Göding and plundered it so rapidly that no one could withstand them. Three Bruderhofs, Göding, Schädowitz, and Watzenobis, were plundered and about 20 brethren and sisters seriously injured. Soon the consequences of the battle at the White Mountain were visited upon the Moravian Anabaptist households. The Hutterites at Göding were again sorely pressed and attempted to flee over the border. Three brethren who were sent to Göding the following years were killed by the Poles, and on 8 August Göding was plundered by the Walloons. The Brethren suffered very severely in the struggles against Bethlen Gabor. They finally withdrew from Moravia so completely that scarcely any reminders of the period of Anabaptism remained in Göding.