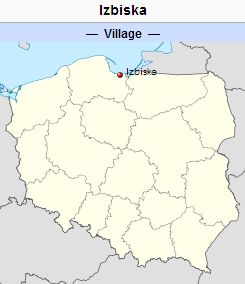 Freienhuben was granted privileges in the 14th century. The village was destroyed during the siege of the fortress Gdańska Głowa (Danziger Haupt) by Swedish forces but was re-established in 1641 by Dutch settlers. Until 1793 Freienhuben was part of Danzig in the Kingdom of Poland. The Second Partition of Poland in 1793 added Danzig and its surrounding territory to the province of West Prussia. Freienhuben was situated in the district (Kreis) of Danzig from 1818 until 1887, when it became part of the district of Danziger Niederung. Freienhuben became part of the Free City of Danzig from 1920 until the outbreak of World War II in 1939, when it came under the control of Nazi Germany. In February 1945 it was occupied by Soviet forces and eventually returned to Poland. Today it is a village in the administrative district of Gmina Stegna, within Nowy Dwór Gdański County, Pomeranian Voivodeship.

The sources from 1734/37 mentioned the following names, of which many were Mennonite: Aspen, Beigen, Boschke, Brun, Daden, Dawidt, Foht, Fretz, Harder, Hobge, Hildebrand, Hinrich, Kestner, Knak, Kohn, van Riesen, Tewes, Tiessen, and Wőlke. In 1793 there were five Mennonite families in Freienhuben with the following surnames: Anders, Conradt, Froese, Janzen, and Schroeder. In 1820, the village had 277 Catholics and Lutherans and 31 Mennonites.

Mennonites who were residents of Freienhuben were members of the Bärwalde Mennonite Church.