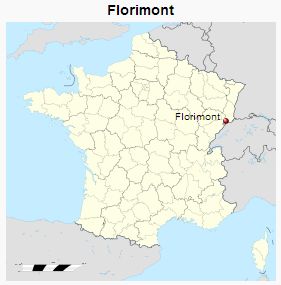 Like all the French congregations, Florimont was Amish. In 1871 Elder Peter Klopfenstein opposed feetwashing, thereby causing some tension in Alsace. A conference was called 19 February 1876, to be held in Basel-Binningen, in which an unequivocal position was taken against Klopfenstein. But feetwashing was not reinstated in Florimont. The congregation is thus somewhat isolated. It long resisted all attempts to secure cooperation between the several congregations. In the mid-1950s there was increasing co-operation with the French-speaking congregations. In 1953 the baptized membership was about 160, with 60 children. In 1954 the church was enlarged to accommodate the growing congregation. The elders in 1955 were Joseph Freidinger, Joni Geiser, and Henri Zaugg; the ministers were Rene and Armand Klopfenstein and Rene Yoder. Chief family names are Klopfenstein, Riche, Roth, Zaugg, Graber, Yoder, Kaufmann, Amstutz, Boegli, Widmer, Bourquin, Choffat, Geiser, Schnegg, Zbinden.