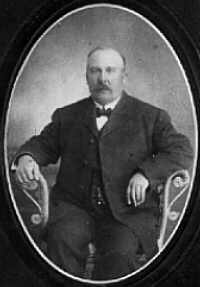 Gerhard emigrated from Russia to Canada along with his wife and five children in 1891. Ens is usually considered the founder of the town of Rosthern, Saskatchewan in 1892. In 1905-1913 he was a member of the Legislative Assembly of Saskatchewan. For many years he also was an immigration agent of the Canadian government. As such he made a number of trips to Mennonite settlements in the United States and successfully enlisted settlers for the Canadian West from Minnesota, the Dakotas, Nebraska, and Kansas. He also went to Russia to promote Mennonite immigration to Canada.

Though he joined the Church of the New Jerusalem (Swedenborgian), thus breaking with Mennonitism congregationally, traditionally he remained a part of the Mennonite community. As a descendant of the Russian Mennonites he was deeply concerned with the fate of these Mennonites after World War I, when revolution and famine struck. Before the large immigration of Mennonites from Russia to Canada took place during the early 1920s, there was an Order-in-Council in Ottawa that forbid all Mennonite immigration to Canada. This order was passed because of the nonresistant stance taken by the Mennonites of Canada during World War I. Through his influence in political circles in Ottawa and his friendly relations with such leaders as W. L. Mackenzie King, Gerhard Ens was instrumental in helping to remove these seemingly insurmountable obstacles.