Communitas Supportive Care Society (Communitas) is an organization that has roots in the Mennonite tradition and history of care for individuals with disabilities and mental health issues. Consistent with the beliefs and values of Mennonite Central Committee (MCC), its parent organization, Communitas has committed itself to work with individuals who have been marginalized and stigmatized by the society around them. It has a specific focus on supporting and empowering people from all walks of life, regardless of faith, social standing, race or ethnicity. 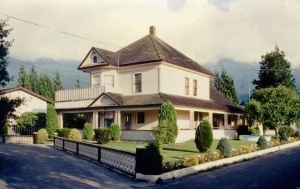 The Cedars, Rosedale, BC
Source: Communitas

In 1973, MCC British Columbia (BC) was approached by a new, parent-initiated organization called the “Samaritan Society for Comfort and Cheer.” This organization asked for assistance in carrying out their vision of creating homes for their sons and daughters who lived with a disability. The Samaritan Society sold their five acres of land in Yarrow to help purchase a group home called “The Cedars” in Rosedale. In 1974, the MCC BC Board, under the leadership of Siegfried Bartel, accepted this responsibility, thus establishing the first group home. The foundational principle of its work focused on nurturing people towards greater independence and interdependence in a supportive Christian environment.

In 1974 MCC BC expanded this work to a large home built on 10 acres of land situated adjacent to the Canada – United States border, near Abbotsford, British Columbia. For six years prior, an earlier group home housed troubled teenage boys. On 26 January 1972, while the house parents were away at a local school gymnasium with the six boys, a fire broke out in the home, completely destroying it. MCC BC rebuilt the home to include a house parents’ quarters and a large recreation room. Along with the new home, known as Twin Firs, came 12 new occupants, each with a developmental disability. Eventually, with increasing government support, shift workers replaced the house parents as the primary caregivers.

By 1984 a greenhouse at Twin Firs was established to create employment for individuals with a developmental disability. This eventually grew into a $100,000 business selling poinsettias, bedding plants, house plants and tropicals. By 1990, the greenhouse industry became too competitive and the business closed. 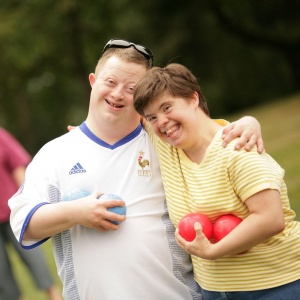 Also in 1984, MCC BC was invited to collaborate with the BC government in its de-institutionalization process. As a result, Dahlstrom house was acquired in Abbotsford. This was the first of some 20 homes that were eventually established to support individuals in their home communities. With three to five individuals per house, a family type home living environment was nurtured. By 1986, the Community Living Program began as a means to address the needs of individuals who lived more independently in the community. This program included training in basic living skills such as cooking and grocery shopping, as well as creating opportunities for social and recreational activities.

Babich House was opened in September 1987 as a response to a direct query to then Premier Bill Vander Zalm: “What is your government going to do for my daughter?” The Ministry of Health contacted MCC BC who was then able to open the home to accommodate the daughter and two other residents. Eventually some 20 homes were opened in various parts of the province, including Vancouver Island and the Okanagan region.

As its vision grew and ministry thrived, a decision was made in 1992 to establish a separate legal entity called MCC Supportive Care Services (MCC SCS). With an increasing need to establish a clearer separation from MCC BC, MCC SCS officially changed its name to Communitas Supportive Care Society in 2007. Communitas means “a community where all people are equal.” Although a new name was adopted, the philosophy and culture of care, service, support and accountability remained the same.

In the early 1990s, support began for people who have a mental illness by providing services in the areas of semi-independent living, vocational training and peer support. Several drop-in centers for people surviving an acquired brain injury were also initiated during this decade.

In 2000 the Abbotsford Church of God in Christ, Mennonite congregation requested assistance in the administration of their 26-person facility for seniors. With funding from the BC Government Health Authority, Communitas was able to provide this service. 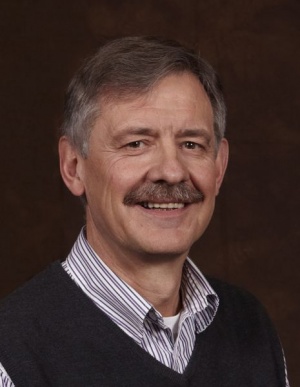 In 2010, Communitas continued to look for new ways of addressing the needs of adults and seniors who have a disability of one form or another. Supporting individuals who live with the effects of fetal alcohol spectrum disorder (FASD) and creating employment through social enterprises are two of the more recent initiatives. Communitas is also committed to working collaboratively with many individuals and organizations with compatible goals.

While its work is mainly in BC, Communitas has willingly explored other options to work with and learn from individuals and organizations in Canada and beyond. For example, a partnership with the Florence Centre, a community development organization in Zaporizhye, Ukraine has provided an opportunity for mutual sharing, support and influence in the work with individuals and families dealing with disability and mental health.

Building on a rich tradition of service common to Mennonites, Communitas has been richly influenced by its Anabaptist forebears. Additionally its corporate culture has been greatly enhanced by the writings and lives of Jean Vanier, Henri Nouwen and Mother Theresa.

The 2010 budget was just short of $18 million, most of it coming from the BC government. Through this financial input hundreds of individuals and their families were supported with the help of some 450 staff.

In 2010 the mission statement of Communitas Supportive Care Society was to be a service provider, advocate, and resource for persons living and dealing with mental, physical, and/or emotional disabilities. All human life is created in the image of God, therefore we will seek to show God's love to all persons and serve them with dignity and respect.