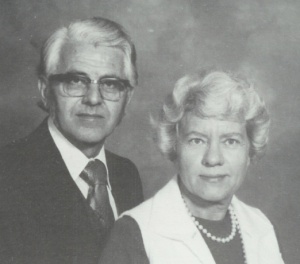 Possibly the most recognizable achievement began in 1986 when Esther became archivist of the fledging Mennonite Archive Centre housed at Columbia Bible College. Collecting archival materials and genealogies became Esther`s passion as she wrote many histories of local MB Churches. When more archive space was needed, the archival collection was moved to the Garden Park Towers, Abbotsford and incorporated into the archives of the Mennonite Historical Society of British Columbia. Shortly after this move, Esther retired from administrative duties and focused her attention on genealogical studies, publishing books dealing with the Brandt and Thiessen families.