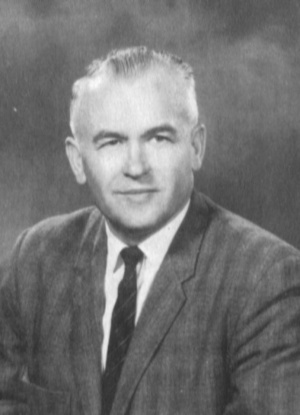 John Boldt: music teacher; born 12 May 1918 in Grossfuerstental, Suvorovka Mennonite Settlement, in the Caucasus region of southern Russia, to Bernhard Boldt and Margaret (nee Giesbrecht) Boldt. When he was six the family immigrated to Manitoba, Canada, but by 1934, due to the exigencies the the Great Depression, they moved to Kitchener, Ontario. As the oldest in a family of nine children, his first years there were occupied by helping to support the large family. When World War II broke out he was sent to serve in a Conscientious Objector camp in British Columbia. Following the war he completed his B.A. at Tabor College, Hillsboro, Kansas with highest honors and proceeded to take a teaching position in Music and Bible at Winkler Bible School in Winkler, Manitoba, where he taught from 1950 until 1959.

John now began a career dedicated to Christian music-teaching, choir conducting, organizing and holding choral workshops and, during weekends, vocal instruction, recording, and many other music related activities. Soon his work won recognition throughout the Manitoba and Canadian Mennonite Brethren constituencies and by 1961 he was invited by the Ontario MB Conference to become music instructor at the Ontario Mennonite Brethren Bible School . Then, in 1966, he was invited by the MB Board of Welfare to instruct music at the Bible institute in Curitiba, Brazil. He also obtained a B.D. degree at North West Baptist Seminary at Vancouver, British Columbia during this time. He continued graduate work in music and acted as Camp Director and teacher at various Mennonite Brethren schools and camps.

In 1970 John met and married Lydia Martens while both were serving in Brazil. Two sons and a daughter were born to the couple. Lydia continued on with active church involvement while John finished his career with many new programs at the Curitiba Seminary--deputational work, collecting new music, choral workshops and Vacation Bible School involvement. He pursued these activities until his sudden death in 1980. He died as a result of a tragic automobile accident on 10 April 1980 while on his way to a music weekend.