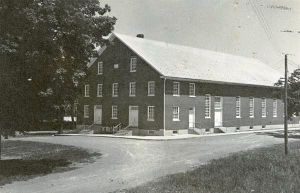 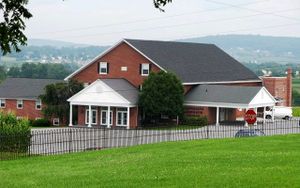 Weaverland Mennonite Church (Mennonite Church), in eastern Lancaster County, Pennsylvania, has been a strong Mennonite center since the days of David Martin and the coming of George, Henry, and Jacob Weaver from West Lampeter Township in ca. 1723. John Weaver was in West Lampeter ca. 1717, and in 1721 applied for a grant of land for the three Weaver brothers.

Burkholder, Roy S. Be Not Conformed To This World. Morgantown, Pennsylvania: Masthof Press, 1997.

Ruth, John Landis. The Earth Is the Lord’s: A Narrative History of the Lancaster Mennonite Conference. Scottdale, Pennsylvania and Waterloo, Ontario: Herald Press, 2001.