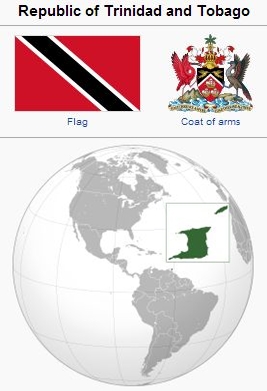 Trinidad and Tobago is a lovely tropical Caribbean twin island nation of 5,131 square kilometers (1,981 square miles) just 11 kilometers from Venezuela. Arawak and Carib Indians inhabited these islands when Christopher Columbus landed there in 1498. African and Indian slaves and indentured servants arrived in these British colonies, which became independent in 1962. A Commonwealth-type parliamentary government was retained with elections held every five years.

Trinidad's major trading partner was the United States (petroleum, sugar) in 1986. The nation was moving from a primarily rural orientation toward an urban one, and from an agricultural society toward a technological society. Most agricultural work was still performed with hand labor, however. Primary school education was available to all children, but limited facilities and teachers did not permit all children to go on to secondary school. Part of the University of the West Indies was located in Trinidad. In the 1970s educational and health facilities and services were expanded with funds from the oil boom.

Mennonites in Trinidad and Tobago

In 2020 the following Anabaptist denomination was active in Trinidad and Tobago: