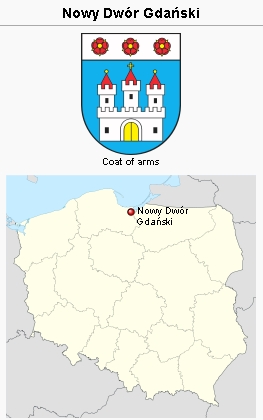 In 1562 the Mennonite immigration from the Netherlands to Tiegenhof began, at a time when the region was under the Polish crown. The king had borrowed money from Hans, Simon and Steffen Loytzen, a banking firm of Danzig, and given them the Tiegenhof area as security, whereupon the Loytzen brothers built a Hof on the Dutch pattern (a model farm with Dutch cows). The farm was initially called "the new farm," and later the Loytzenhof. In order to cultivate the region, which was largely marshy and covered with reeds and underbrush to such an extent that it was not arable, the brothers invited Dutch Mennonites to settle there to clear and drain it. After a certain number of free years the Mennonites were to pay for the lands they made arable at the rate of 52 Talers and 13 chickens per hide. In 1581 the Loytzen firm became bankrupt, and Ernst von dem Weiher took over the district. He completed the castle that the Loytzen brothers had begun; the farm was now called the Weiershof. In 1784 the castle was razed and the Protestant church here built of the materials thus secured. About 1760 the name Tiegenhof came into use.