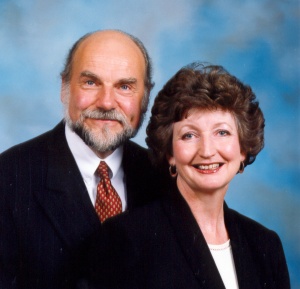 Rodney James "Rod" Sawatsky: church historian and college administrator, b. 5 December 1943 in Altona, Manitoba, the second child of Jacob and Catherine (Loewen) Sawatsky, who both predeceased him. He was baptized into the Altona Bergthaler Mennonite Church (Conference of Mennonites in Canada) in 1961. He was married to Lorna Ewert, daughter of Agnes (Regier) and Elmer Ewert, in 1964 at the North Star Mennonite Church in Drake, Saskatchewan. Rod and Lorna had three daughters: Tanya, Lisa and Katherine.

Rod graduated from Canadian Mennonite Bible College in Winnipeg, Manitoba, and from Bethel College, North Newton, Kansas, before pursuing graduate degrees at the University of Minnesota (MA in History, 1969) and Princeton University (MA, 1972 and PhD in Religion, 1977). He and Lorna, a musician and teacher, taught at the Menno Bible Institute in Didsbury, Alberta, for a year (1965-1966), before Rod was hired to teach history at Canadian Mennonite Bible College (CMBC). He taught at CMBC from 1967-1970 and 1973-1974. Rod and Lorna were active members of Charleswood Mennonite Church during this time.

In 1974 Rod Sawatsky was appointed Academic Dean at Conrad Grebel College, the Mennonite college at the University of Waterloo in Ontario, under the presidency of Frank H. Epp. He also taught courses in Mennonite history and new religions. Probably his most popular course was "Sects and Cults," which looked at new religious movements such as the Unification Church (Moonies). Sawatsky was also interested in issues of religious liberty and testified several times in court on behalf of minority groups. Sawatsky presented the Benjamin Eby Lecture at Conrad Grebel College in 1982 on the topic, "Commitment and Critique: A Dialectical Imperative," outlining the role of Christian education in a pluralist community. In 1990 he helped organize a conference of church-related colleges in Canada entitled "Educating for the Kingdom?"

Besides his commitment to education, Rod had a keen interest in the history and development of the Mennonite church. In the early 1980s he wrote a widely-circulated article entitled "Autonomy and Accountability: Church Polity within the Conference of Mennonites in Canada." In 1985 he presented the Menno Simons Lectures at Bethel College on "Authority and Identity: The Dynamics of the General Conference Mennonite Church" (published by Bethel College in 1987).

In 1994 Rod was appointed president of Messiah College in Grantham, Pennsylvania, a liberal arts college with roots in the Brethren in Christ Church. In his 10 years there he led the college to a new mission and identity that emphasized excellence, diversity, international study and a spirit of service and engagement in society. His leadership resulted in an increase in enrolment and a considerable expansion of campus facilities and programs. Lorna, as "first lady" of the college, was active in campus life, planning and hosting events and supporting school activities. During this time, Rod was active in several educational organizations, including the Council for Christian Colleges and Universities, the Christian College Consortium, and the Council of Independent Colleges.

Rod's life was driven by his passion for education within a Christian college environment. Christian scholarship is a holy calling, he argued in one of his last publications, "The Virtue of Scholarly Hope," a prologue in the book Scholarship and Christian Faith: Enlarging the Conversation (Oxford University Press, 2004). An optimist and visionary, he was always eager to pursue new possibilities. Deeply committed to the Anabaptist-Mennonite faith, Sawatsky was also committed to engagement in the wider church and culture, ever alert to new developments and ideas in the church and in society.

Rod Sawatsky died of brain cancer on 27 November 2004 at the age of 60. He was buried at the historic Detweiler Meetinghouse cemetery near Kitchener, Ontario.

Selection of writings by Rod Sawatsky:

"The Influence of Fundamentalism on Mennonite Nonresistance 1908-1944." MA Thesis, University of Minnesota, 1973.

"Domesticated Sectarianism: Mennonites in the U.S. and Canada in comparative perspective." Canadian Journal of Sociology (1978). In this article, he argued that "Canadian Mennonites are both more comfortable and more visible (read powerful!) in their adoptive country than their American brethren."

The Limits of Perfection: a Conversation with J. Lawrence Burkholder, edited by Rodney Sawatsky and Scott Holland. Kitchener, ON: Pandora Press, 1993, 1996.