From GAMEO
Revision as of 18:49, 13 January 2019 by SamSteiner (talk | contribs) (→‎Bibliography)
(diff) ← Older revision | Latest revision (diff) | Newer revision → (diff)
Jump to navigation Jump to search
A checked version of this page, approved on 13 January 2019, was based on this revision. 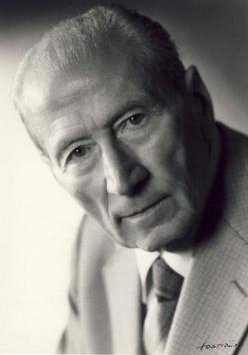 Walter spent his early childhood in the village of his birth until 1900, when the family moved to the Ignatyevo Mennonite Settlement. By this time Walter’s mother had passed away in 1899 and his father had married Katharina Toews (1869-1904); they had one child before Katharina’s death. In 1905 the family settled in the Orenburg Mennonite Settlement. In 1906 Walter’s father married for the third time to Anna (Wallmann) Neufeld (1860-1910). After Anna’s death, Walter’s father married Agatha (Mantler) Huebert (b. 1866), followed by Maria Penner (d. 1918).

In 1921 Quiring, his wife and infant son Manfred fled to Germany under perilous circumstances. There he became involved in work to help Mennonite refugees from Russia. He also continued his education, earning a doctorate from the University of Munich in 1927. He taught in several private schools owned by a wealthy Jewish aristocrat. In 1932 he was granted a two-year leave to travel to Paraguay and report on settlements established in that country by Russian Mennonites.That resulted in the publication in 1936 and 1938 respectively of two books: Deutsche erschliessen den Chaco and Russlanddeutsche suchen eine Heimat. He also visited Mennonite communities in Canada, the United States and several other South American countries and wrote numerous short articles for German Mennonite periodicals.

Quiring was an early and ardent supporter and propagandist of the National Socialist government led by Adolf Hitler. He wrote for the Verein fuer das Deutschtum im Ausland. In 1937 he joined the staff of the Deutsches Ausland Institute (DAI) which promoted German interests and advocated the return to the homeland of Germans living abroad. He participated in some of the population exchanges after the signing of the 1939 Molotov-Ribbentrop Accord. In 1941 he was conscripted into the German army where he served as a translator, interpreter, propagandist and interrogator of prisoners of war.

After the war, while still living in Germany, Quiring became a co-editor of the Mennonitische Lehrerzeitung, a small paper published quarterly by a small group of Canadian Mennonite teachers, artists and intellectuals. It was significantly expanded and renamed Mennonitische Welt. Quiring immigrated to Canada and became its sole editor in 1952, but the paper ceased publication in 1953. Quiring continued an active writing career and when the longtime editor of Der Bote died in 1955 Quiring was appointed as editor. Over the years, Quiring had contributed numerous articles to Der Bote which was read by German speaking Russian Mennonites in Canada and abroad.

In 1963 Quiring resigned as editor of Der Bote, and accepted an appointment to teach German and Slavic Languages at the University of Winnipeg. That appointment ended abruptly in 1965 when colleagues and then the police initiated inquiries regarding Quiringʼs wartime record.

In 1965, not long after the death of his first wife, Quiring married Helen Bartel. Together he and Helen traveled extensively and prepared and published several pictorial books on aspects of Mennonite history. Helen, however, died in 1970 and Walter returned to Germany where he married Marika von Strothe, a former colleague at the DAI.

Water Quiring devoted his time, talents and resources to the commemoration, celebration and preservation of the achievements and legacy of the Russian Mennonites who had lost their Russian homeland and rebuilt their lives in Canada, South America and Germany. His strident advocay of Nazi ideology and practices in the 1930s has been thoroughly discredited, while his wartime activities remained shrouded in secrecy throughout his life. He is best remembered for his five books, three on the Mennonite experiences in South America, one on the Mennonites in Canada and one on their sojourn in Russia.

Quiring, Walter and Helen Bartel. In the fullness of time: 150 years of Mennonite sojourn in Russia, translated by Katherine Janzen. Kitchener, ON: A. Klassen, 1974.