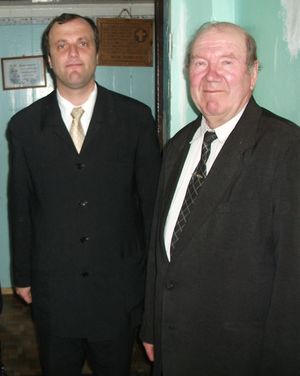 By the late 1950s ethnic Germans were permitted more internal movement within the Soviet Union and they began to look for family and friends. In the early 1960s Willi began looking for a wife from among these former friends and found one in Maria Guenther, who had been born in Chortitza in 1941. He went to Berdsk in Central Siberia to marry her in October 1967, and then they returned to the city of Angarsk where their three children were born during the next several years. In 1976 they moved to Berdsk, and almost immediately joined the large Mennonite congregation that was meeting on the western fringe of Novosibirsk under the leadership of Bernhard Sawatzky. Willi began to regularly sing in the choir. Willi was also asked to preach occasionally starting in 1986. During the late 1980s many of these ethinic German Mennonites were leaving the Soviet Union for Germany, creating a significant leadership void. It was in May 1990 that Willi, as a 50 year-old, was called and ordained to the ministry in this Mennonite Church at Novosibirsk. However, he also continued his career as an electrician. When his firm collapsed in 1990, he received support from family and church members who had settled in Bielefeld, Germany, so that he could continue to live in Novosibirsk and served the church. 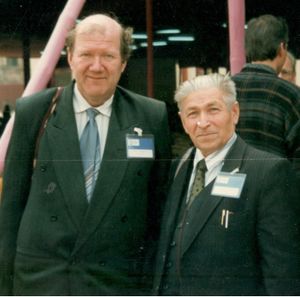