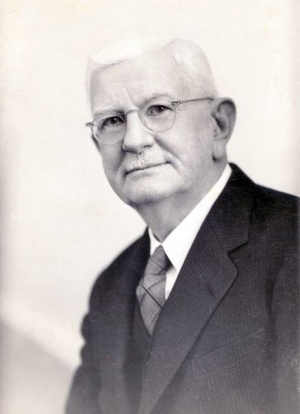 His father, who had come from the Bergthal Mennonite settlement, settled in Belo Sirko, and later in Berdyansk, his wife's home. In 1875 the family arrived in Mountain Lake, MN, where Peter attended the elementary and preparatory schools. He spent two years at the Minnesota State Normal School at Mankato and two years, 1895-97, at Bethel Academy, Newton, Kansas. After this he taught elementary school and attended the Missionary Training Institute, Brooklyn, NY (1899). He was a member of the Bethel Mennonite Church, Mountain Lake.

In 1900 Peter and Elizabeth went to India as the first American GCM missionaries, starting a mission at Champa, Central Provinces (now Madhya Pradesh), and establishing the Bethesda Leper Home. In 1941 Penner returned to Newton. In 1926 he was presented the silver Kaiser-i-Hind medal for distinguished service by the Viceroy of India, to which was added at the time of his retirement a silver bar for the forty years of service. Penner's contribution as a missionary was unique in that he was one of the pioneers with a long and very successful term of service. His reports appeared regularly in the Christlicher Bundesbote. Among his writings were He Was - He Is - He Will Be (Newton, 1944), and Kurzer Bericht über die Arbeit unter Aussätzigen (Champa, 1915).

Kaufman, Ed. G. The Development of the Missionary and Philanthropic Interest Among the Mennonites of North America. Berne, 1931.