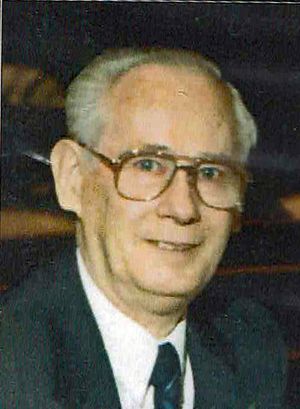 In 1929 Peter’s family left Ukraine and migrated to Germany. Two years later, in 1931, the family moved to Brazil where they lived for eight and a half years. The first four years they cleared land in the jungle and tried subsistence dairy farming. When this failed they relocated to near Curitiba. In 1939 the family moved back to Germany. After the war, in 1948, Peter and two of his brothers decided to emigrate to Canada. The three brothers worked on different farms near Ottawa for a year, then all moved to Kitchener, Ontario. In December 1949 Elsie, whom Peter had known already in Germany, came to Kitchener. In March 1950 Peter and Elsie were married. It was also in 1950 that Peter became a Christian and a baptized member of the Kitchener Mennonite Brethren Church, many years later, transferring his and Elsie’s membership to the Grace Mennonite Brethren Church in Kitchener, Ontario.

Education began for Peter in Schwetz, Germany where he completed studies at the local agricultural college, followed by a job in research for the college. In Canada he took a course in artificial insemination at the Ontario Veterinary College in Guelph, Ontario. In total, he worked for the Canadian cattle industry 48 years, 1949-1997. His excellent work attracted the attention of Semex Canada, a branch of the Canadian Artificial Insemination Centre International division which focused on needs abroad. They hired Peter for his expertise and he traveled to more the 35 countries teaching and instructing cattle breeders in the new breakthrough technique of using frozen semen.

Peter Penner also edited and developed a detailed manual entitled: Bovine Artificial Insemination Technical Manual, which the Canadian Association of Animal Breeders published in Woodstock Ontario. By 1995 it was already in its third edition. This manual focused on how to store semen in a liquid Nitrogen tank at -101 Centigrade and later how to administer the insemination process. In his work Peter spent three months in the Mennonite colonies in the Chaco of Paraguay where he set up a lab on the experimental farm in the Menno Colony. His motto for the storage and use of frozen semen was “when in doubt throw it out.” Today, a plaque with this motto still hangs on the wall of the Menno Colony research station. In 1985 a stroke curtailed many of Peter’s activities but he remained with Semex Canada as a part time consultant.

Peter’s contribution to the Mennonite cattle economy in the Paraguayan Chaco is unprecedented. The introduction of frozen semen from abroad greatly increased the quality of beef and dairy cows in the Mennonite settlements. In 2020 the three Chaco Mennonite colonies slaughter about half a million cattle per year, which contributed about 80% of the GDP of the local Mennonite economies. The main export markets were Chile, Russia, Brazil, the European Union and some countries in Africa. Milk production was the second most important sector in the Mennonite colonies. In 2020 in the Neuland Colony each cow on average produced nearly 13 litres of milk per day, by far exceeding earlier ratios.

On a visit to Neuland in the 2010s, the author met one of Peter’s students from the time when Peter worked in the Menno Colony. He affirmed that Peter’s work caused a gigantic leap forward for the cattle industry in the Mennonite colonies in the Chaco of Paraguay.